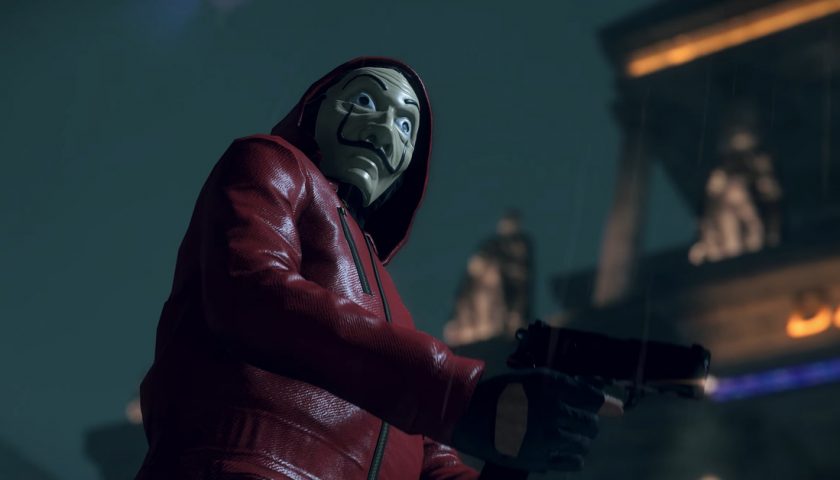 Watch Dogs: Legion now has heists. Well, at least one heist. In a new crossover event between Legion and Netflix show Money Heist, players can group up with friends to steal cryptocurrency from Clan Kelly — one of the game’s enemy factions.

Players and up to three other friends can roll up to the Bank of London starting Monday in Watch Dogs: Legion. The group will take on Clan Kelly, some guards, and a powerful firewall while wearing the signature jumpsuits from Money Heist, as well as some Guy Fawkes-esque masks covering their faces.

The trailer shows players sneaking through the bank at night, incapacitating guards with their buddies. But if going loud is more your style, the group will also have shotguns, pistols, and other weapons to keep guards and Clan Kelly on the backfoot. Once the heist crew has secured the crypto, it’s time to ride a drone in the night across the River Thames to make their escape.

Groups that complete the new Money Heist mission will unlock a new outfit for their recruits.