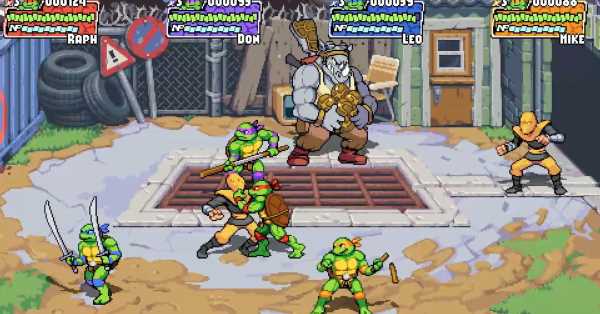 As reported by IGN, voice actors Cam Clarke, Townsend Coleman, Barry Gordon, and Rob Paulsen will reprise their roles as Leonardo, Michelangelo, Donatello, and Raphael, respectively, in the upcoming game. Announced last year, Teenage Mutant Ninja Turtles: Shredder’s Revenge is a four-player co-op beat-’em-up where players will assume the role of one of the Turtles, and additional characters including April O’Neil and Master Shredder, as they take on classic enemies like the Foot Clan, Bebop, and Rocksteady in an all-new adventure.