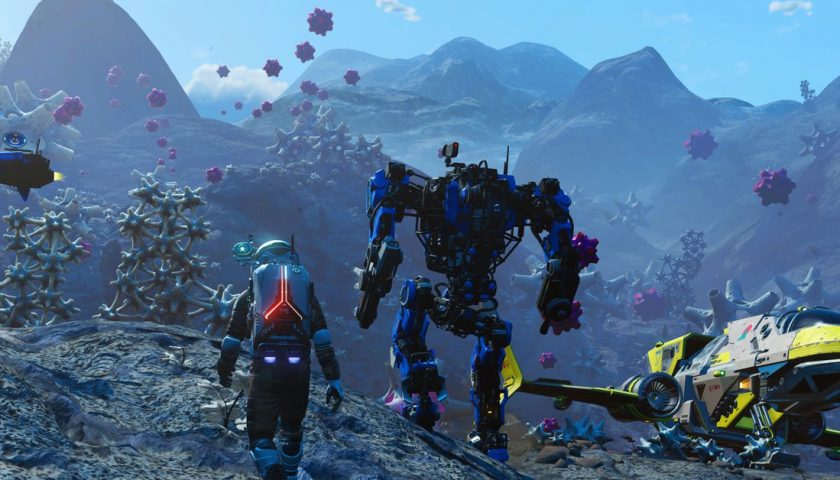 At this point in its lifespan, No Man’s Sky isn’t so much a video game as it is a never-ending episode of Pimp My Ride, with developers Hello Games continually putting beer fridges and portable video game consoles where no one has ever thought to put them. Across a series of regular updates, the game gets a little stranger — or in the case of the just-released Sentinel update, more perilous.

While No Man’s Sky has always been a game about exploration, it doesn’t mean that exploring was never dangerous. From the very beginning, hostile robots known as Sentinels have patrolled the planets players explore, and the Sentinel update is giving them an overhaul with new drone classes, “including heavies, summoners and repair units,” the studio said. Furthermore, the update will give players the means to acquire and reprogram a drone of their own, as well as an AI core for the previously released exo-mech, turning the power armor into a fully-fledged mech bro.

These robotic upgrades are just one part of a massive, combat-focused update meant to sate the desires of those who wanted their space exploration game with a little more conflict. New weapons and abilities, like active camo and a powerful neutron cannon, are in store along with graphical upgrades to all weapon effects.

Most impressive is that all this is coming in conjunction with new story content that dives deep into the lore of how the Sentinels came to be, so players craving a little more direction will have something for them too.

It’s frankly an absurd amount of stuff to kick off another year of updates to No Man’s Sky. A more complete list of new content can be found on the game’s site.

The Sentinel update is now available to download for No Man’s Sky players on PC, PlayStation, Xbox, GamePass and VR.