Maybe you’ve killed a Deathclaw or two. Perhaps you’ve finished a Fallout game in Survival mode, or made it out alive in Dead Money. Or, maybe you’ve managed to protect all of Preston Garvey’s settlements.

Yeah, OK. But have you eaten pie? 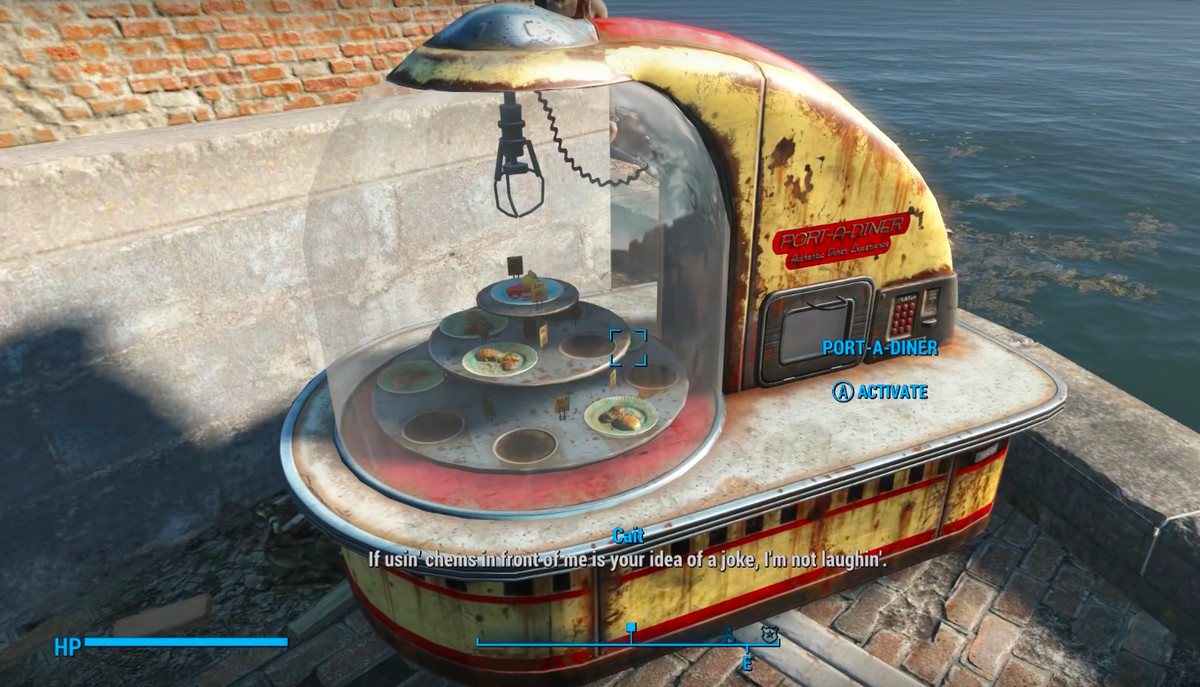 For ages now, there’s been something small about modern Fallout games that has bugged the hell out of me. Every so often, I’ll come across a Port-a-Diner vending machine with nothing but a slice of perfectly preserved pie. This being an RPG, I try to loot it, even though I don’t think I actually need it. But no matter what I do, the damn machine won’t dispense the pie.

I press the button again. And again. But it’s no use: The pie will lie there, forever in wait, out of my reach. I always thought this was a weird practical joke played by Bethesda, to point out how some food, like Twinkies, will never go bad.

But earlier this year, as I was researching food for my article on Fallout 76 cannibals, I stumbled on the wiki page for the forsaken pie and was surprised to find that the whole thing is a very elaborate (and very random) skill check. As the page explains it, even if you have extremely high luck, there’s still an overwhelming chance you won’t be able to get the pie. Here’s the formula, as explained by the Fallout Wiki:

Meaning: even with a luck of 10, you only have a 2% chance of getting the pie! Your odds increase the more you try, but most normal people aren’t going to sit there and try for very long. It’s a slice of pie. How good can it be?

(The answer is: It gives you an extra 30 hit points for no radiation, which isn’t bad. But still.)

It’s hilarious to think, though, that if you want to eat this dessert, you might have to change your outfit completely to stack on as much luck as you can. Who thought of this? Why?!