The Division 2 offers plenty of post-leveling content after players finish the actual campaign, but Tier 5 includes the game’s more traditional endgame content. This includes the ability to repeat strongholds that you’ve already done to get extra loot, access to the harder Heroic difficulty mode, a gear score that goes up to 500, and a few additional repeatable missions.

Also arriving alongside Tier 5 is the Tidal Basin stronghold, the game’s fourth and the final stronghold that was promised on release. The mission will serve as a gateway to the rest of the Tier 5 content.

Tier 5 will introduce a few different additions to The Division 2, including a gear score of 500, and the game’s first three gear sets. These gear sets are the True Patriot, Ongoing Directive, and Hard Wired, and can be dropped by Black Tusk enemies.

Tier 5 will also allow players to repeat Invasions, and add the heroic difficulty to the game, which will be its hardest challenge. Heroic difficulty will give players plenty of rewards but will also make missions extremely difficult, and remove all checkpoints. Massive confirmed that nothing will be locked behind Heroic difficulty, so only the players who want an additional challenge will have to take it on.

Massive is also using this update as a chance to release the game’s first large-scale balance patch, though we’ll have to wait for the official release to find out exactly what will change.

The addition of Tier 5 and Tidal Basin to The Division 2 represents a significant amount of new content for the game, however, it is not one of the game’s three planned content updates. Massive has also said that the first raid is on the way soon, but it isn’t a part of these three content updates either. According to an infographic from Ubisoft, these updates will release later this year with the first arriving in the summer, the second in autumn and the last one in winter. 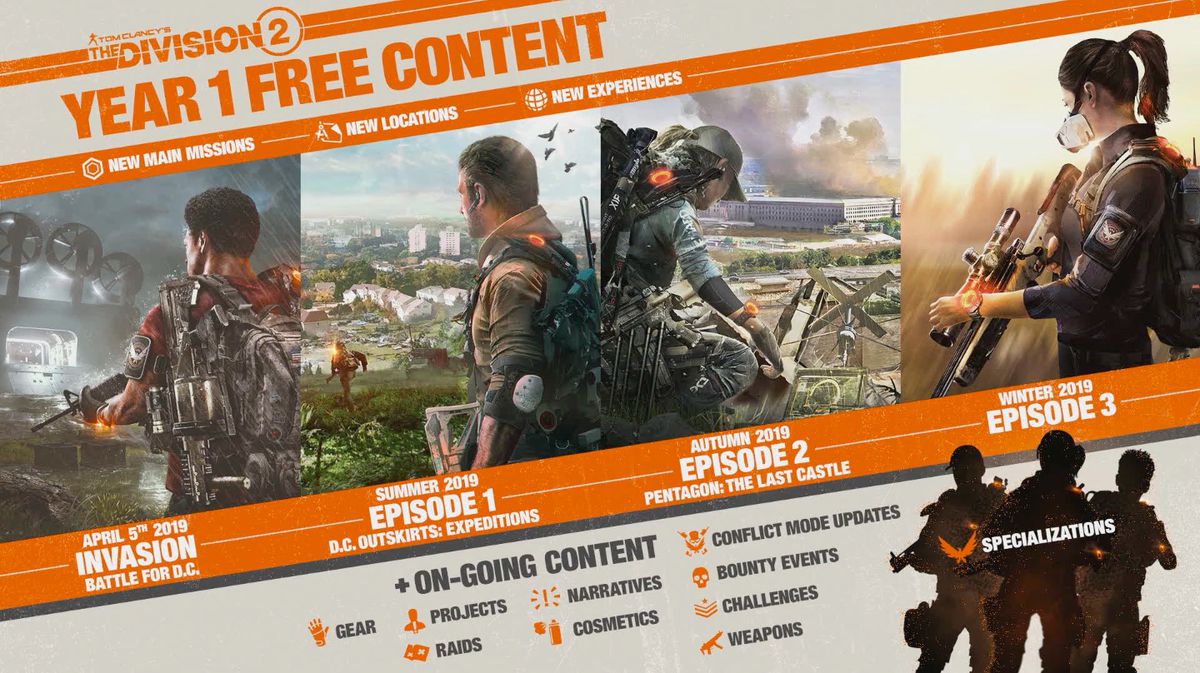