My husband and I rarely play games together after we had an actual fight over his loot examination practices in the first Borderlands. We’ve tried a few games since, but Tom Clancy’s The Division 2 is the first title in a long time that managed to get us both onboard.

The Division 2 has become our primary couples activity every evening and weekend, as it’s a game that seems built from the ground up to be a fun place to hang out for long periods of time.

Which leaves me with a big question: Why don’t other games make things this easy?

What The Division 2 gets right

After struggling through several rough attempts to get the gang together in other online games, playing The Division 2 with a husband — or anyone, really — is an absolute treat.

There’s no wrestling with the Xbox app on our PCs, like in Sea of Thieves. (Can you join through my profile? No, it’s not showing the join option. Can you invite me? No, my friends list isn’t showing up for some reason.) There’s no wrestling with inviting a party, making sure everyone’s ready to go, then starting a game like in Fallout 76. There’s no segregation between the action and preparation like in Anthem, which can make it complicated to jump into a game with a friend.

Until the release of The Division 2, in fact, it often felt like modern developers were getting worse at the logistics and technicalities of offering games as social experiences, not better.

But with The Division 2 I can just load up the game, see who is online, click on someone’s name and then click on the “join game” option. The system is simple and works as intended, which is a rare situation in gaming these days. 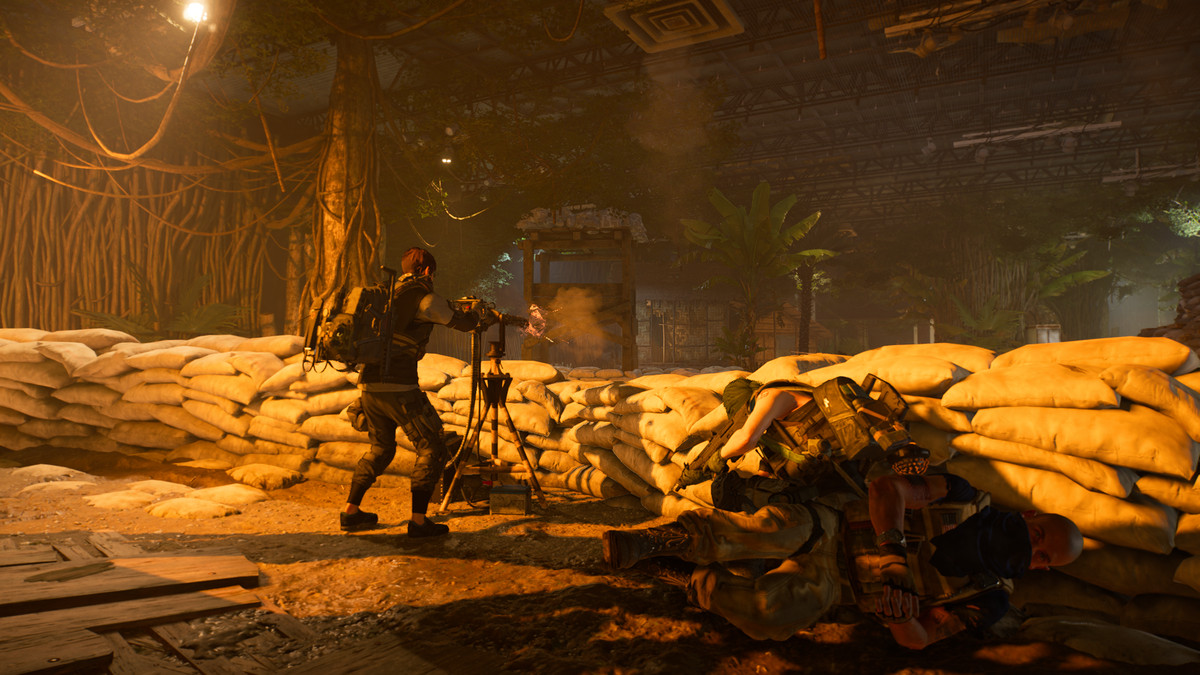 But there’s no situation in which we wouldn’t be able to play with each other. The grind for loot and levels never leaves anyone behind, and the individual progress markers mean higher level players can help lower level friends with their stories.

It’s not a perfect experience. There are still a few issues in The Division 2 that need to be addressed, like the co-op scaling bug that means playing with dramatically lower level friends is rough, but Ubisoft has acknowledged these problems and fixes are incoming. And The Division 2 works better at launch than most other games of this type in recent memory.

Tackling a challenge together

The other night, I was starting a mission where I went through a laboratory to purge tainted blood that was being weaponized against enemy settlements. My husband hopped into the in-progress mission, and enemies scaled up in difficulty to adjust for the additional Division agent. We mowed our way through waves of enemies and made our way into a lab filled with vats of blood. Here, the game spawned two sledgehammer-wielding big boys who could kill us in one shot, along with a wave of additional Outcasts to keep us busy.

We stopped and talked our strategy through after wiping a few times. We switched our toolkit to suit the situation, changing out both of our active abilities. My husband moved to control a chokepoint, while I took point on kiting the sledgehammer boys around the lab, actively dodging around cover, and applying constant pressure with a light machine gun. We completed the encounter and cheered. 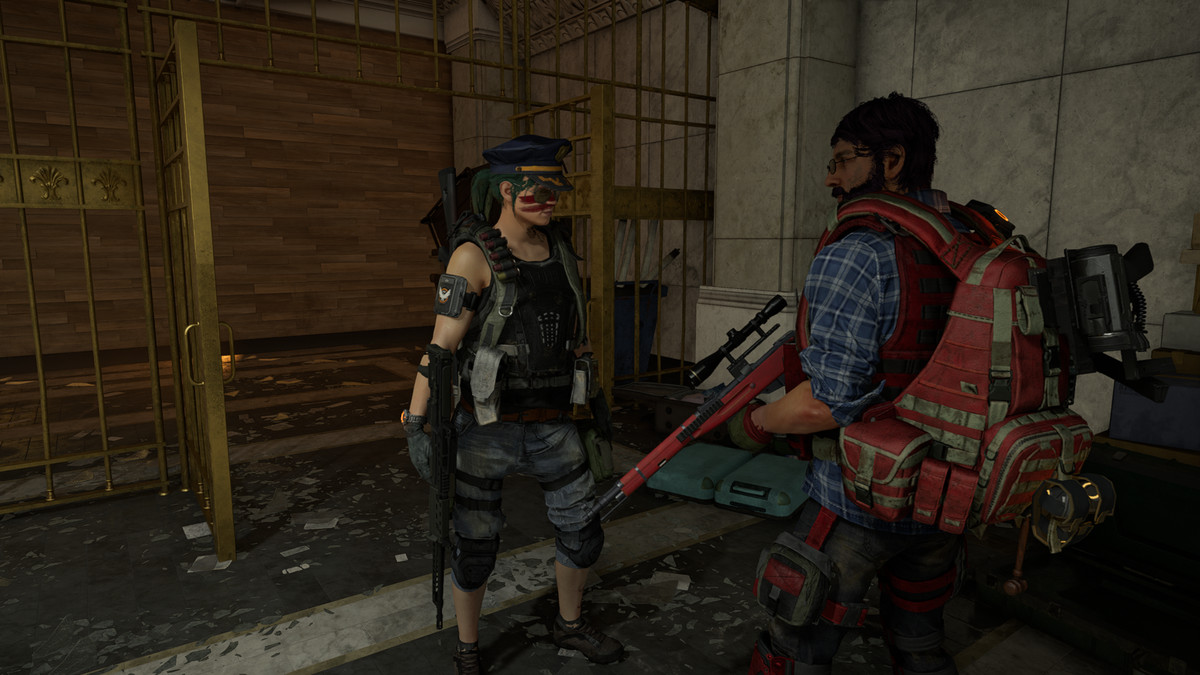 The random events around the map and abundance of objectives means there’s essentially no downtime. There’s always something to do, which means that the streets of DC are like a little theme park, where aimless wandering and travel time are replaced with encounters, tests, and goals.

Playing with friends also helps to paper over the game’s story, which may be its weakest part. Cutscenes are short and sweet, and the plot is easy enough to follow. We can keep a constant stream of chatter up while the next story point is explained. The Division 2 has the fun and spectacle of a popcorn flick, but we get to have an ongoing conversation throughout.

The character customization is also robust enough that we’re having fun dressing up our respective dollies. My husband’s agent looks like a ridiculously chill bro who’s riding out the apocalypse before he goes back to a weekend at the cabin. My agent is a murder hobo who trails him everywhere he goes with a placid smile and dead eyes. It’s a match made in heaven.

The Division 2 is a competently made co-op game that captures the best part of looting, shooting, and hooting with pals online, and it has become my first choice for spending casual time for my husband.

We’re usually fiercely independent as gamers, to the point where we purchased two PS4s, two TVs, and two copies of the newest game. Our apartment is arranged so we cannot see each other’s screen to protect against accidental spoilers. After years of playing apart, a game managed to bring us together by being so thoughtfully designed to be social. It’s a pleasant change of pace, especially since it’s cheaper than hitting the town.