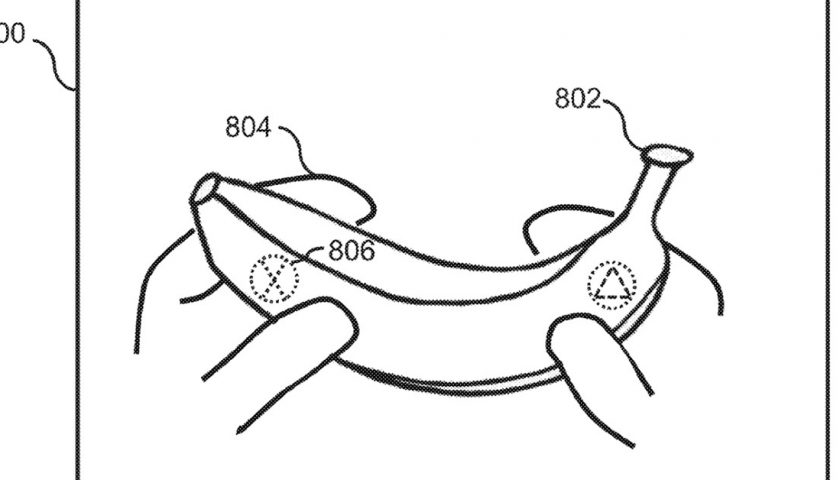 Sony Interactive Entertainment has filed a patent application to use a banana for a PlayStation controller. We know what you’re thinking, but it’s not this thing:

The patent (spied by GamesIndustry.biz on Tuesday) is actually for a method that turns a “non-luminous passive object being held by a user” into a controller, recognizing virtual button locations on it, with a banana used as the illustrated example. Sony’s idea would conceivably work with anything in the user’s hands, whether a coffee mug, a book, a package of cold cuts, or a tube of Preparation H.

“It would be desirable if a user could use an inexpensive, simple, and non-electronic device as a video game peripheral,” says the patent application. In the examples Sony provides, players could grasp one (or two) bananas, oranges, or other inanimate objects and move them about, effectively using them as one (or two) analog sticks. In another illustration, virtual buttons are mapped onto a banana, which suggests a virtual reality headset might be involved, too.

This all sounds like something that Dylan “Rudeism” Beck would just love. He’s the Twitch streamer who “plays games wrong” using silly objects (or costumes) as the controller. In fact, Rudeism literally played Overwatch using a dozen bananas.

Still, it’s important to remember this is a patent application, which doesn’t mean there’s a finished product or even plans for one.