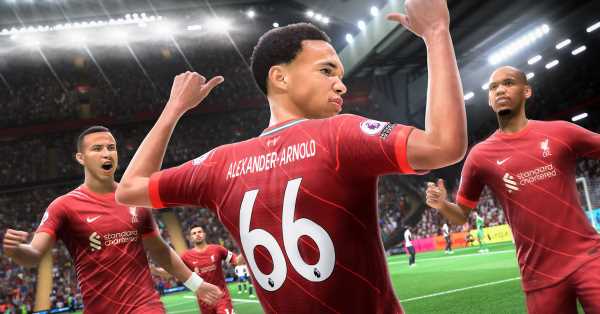 Earlier Thursday, EA Sports’ top executive said the company is reconsidering its naming-rights agreement with FIFA and could rebrand its top-selling soccer series. A couple of new trademark applications in Europe could point to a name the publisher has in mind.

EA Sports FC is the name filed just last week with the United Kingdom’s Intellectual Property Office and the European Union Intellectual Property Office. In both cases, the brand is for computer game software and online computer game entertainment. The United States Patent and Trademark Office does not have any filing or registration by that mark. EA’s European paperwork was filed on Oct. 1.

Reached by Polygon on Thursday afternoon, an EA Sports representative declined to comment on the trademark filings or this matter.

EA Sports has used “Football Club” as a trademark before, as the name of an online community for the FIFA series from 2011 to 2020. The soccer game itself has taken the FIFA name since 1993’s FIFA International Soccer for Sega Genesis. It’s the third-longest title partner in the publisher’s history, behind the Madden NFL series (1988) and NHL (1991).

But on Thursday, Cam Weber, the general manager for EA Sports, said that partnership may be coming to an end. “As we look ahead, we’re also exploring the idea of renaming our global EA Sports football games,” Weber said in a statement. “This means we’re reviewing our naming rights agreement with FIFA, which is separate from all our other official partnerships and licenses across the football world.”

The licensing fee EA Sports paid FIFA for the use of its name — such terms have never been disclosed — really only got the soccer federation’s name on the box. Practically everything else in the series, from dozens of teams, to thousands of players, and the leagues they compete in, come from different arrangements. The World Cup branding the game now sees every two years for the women’s and men’s tournaments is also separate from the FIFA title agreement.

As a name, EA Sports FC would not only zero out a largely cosmetic expense, it would return some valuable brand space to a publisher that, officially, puts its name into every game’s title even if, colloquially, the press and public don’t follow along. One notable exception has been the EA Sports UFC series (and its short-lived predecessor, EA Sports MMA).

Next year, however, will see the return of golf with EA Sports PGA Tour, and sometime later, EA Sports College Football. Adding EA Sports FC to that rotation cements the idea that EA Sports is both the name and the game.