Rainbow Six Siege’s Year 4, Season 4 debut is coming soon. “Shifting Tides” as it is called, is already on public test servers for PC (having been in place since Monday) which portends a launch across all platforms. And it brings out a big-ass gun, the likes of which we haven’t seen since Danny Vermin’s .88 magnum.

The CSRX 300 is the first bolt-action rifle in Siege, carried by Kali, a new operator who also comes aboard with the update. A round from the CSRX 300 can penetrate seven layers of standard walls. Its under-barrel gadget can go through reinforced walls. Here’s a video demonstration of her capabilities, along with Wamai, a defender who also joins the game.

But, getting back to the original point, Siege’s firearms will across-the-board be able to, erm, penetrate limbs and bodies more than ever, hence the Danny Vermin (“goes through, armor, the victim … a tree outside,”) reference. That means skilled operators can take down more than one target with one shot. To show how serious Ubisoft Montreal is about this, they put out a development blog last week detailing the difference between “no penetration,” “simple penetration” and “full penetration,” and now I feel like I’m perusing the periodicals at Castle Video & News in Raleigh. 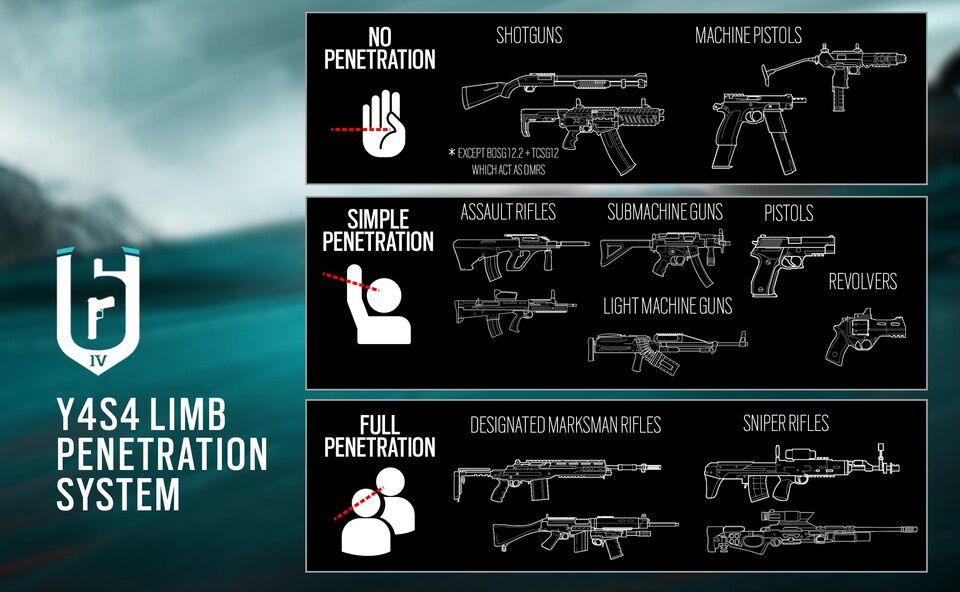 What it means is that most guns will be able to shoot through a limb and hit another point on the target, potentially causing greater damage. DMRs and sniper rifles can go through a target and hit the guy behind them.

Joining Wamai, Kali, and the new bullet physics for Shifting Tides will be a reworked Theme Park map, says Ubisoft, plus the usual rebalances and bug fixes. Seven Operators are also getting a price drop (in the in-game currencies). As for operator changes, Jackal is the only one getting a makeover, though a Ubisoft community rep says there are “a few more surprises coming.”