Overwatch will play very differently in the future. Now, every team will be made up of two tanks, two supports, and two damage. (The original queue system will remain in the Arcade section of the Overwatch client.)

Because this is such a big change, we’re seeing a sweeping set of nerfs and buffs across the board to heroes like Brigitte, Wrecking Ball, Ashe, and Tracer. We’ve highlighted the biggest changes to characters you should know about, as well as the full patch notes.

These changes are available on the PTR for PC players. Patch 1.39 is expected to hit Sept. 1, with all of these changes included.

Ultimates are slowing down

Right now, characters can charge their ultimates quickly, and Blizzard is tuning that back by 12%. In addition, slowing effects are changing for heroes like Reinhardt and Widowmaker, who can alter their own speed. When you’re in a speed-changing ultimate and affected by a slow affect of your own, like Widowmaker’s scoped movement, you’ll be moving at the slower speed of the two effects. In short, you’ll be popping ultimates less often, and slowing from effects like Mei’s Blizzard will work more consistently across the board.

Here’s the problem with Brigitte: in a world where there’s now a clear definition between tanks and supports, and you can’t switcharoo between roles anymore, a hybrid hero doesn’t work nearly as well. Brigitte was meant to be a mini tank who dished out some healing, or a limited healer with a ton of survivability.

Now, her passive heals the rest of the party more (from 100 to 130), but the self healing from Inspire is cut in half. Repair pack, her primary heal, has three charges and heals more (from 150 to 120). Repair pack now heals over a two second duration instead of an instant buff, and players can stack multiple packs on the same ally to extend the duration of the heal by two seconds.

Whip Shot and Shield Bash, Brigitte’s two stuns, now work a little differently. Whip Shot’s outgoing velocity and retracting time are both reduced, meaning she can snap it off much faster … but it’s still a skillshot. Meanwhile, Shield Bash, her point and click stun, has the duration reduced from .9 seconds to .75 seconds.

Finally, Rally, her ultimate, now takes 10% more charge to fill — that’s on top of the global changes to ultimates listed above.

These changes push her far more into the support zone and remove her tankiness. She’s still tougher than a Mercy, but she’s going to be far less frustrating as a brick wall for her opponents. 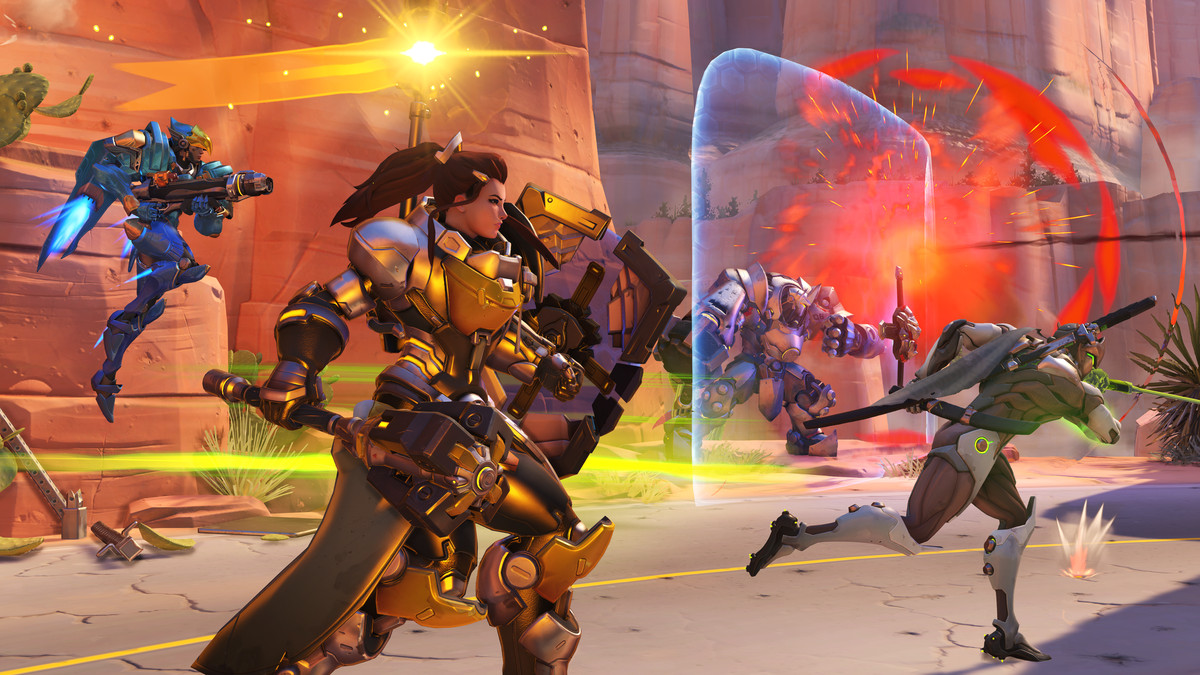 Moira can Fade when stunned

This change looks small, but don’t be fooled — Moira is going to become a much stronger healer. Her AOE healing and reliance on staying juiced up means she has never been as reliable as a Mercy, but now she’s going to be the slipperiest support in the game. Fade is a very powerful ability, and if this change goes through, there’ll be no way to stop her from pulling it off. 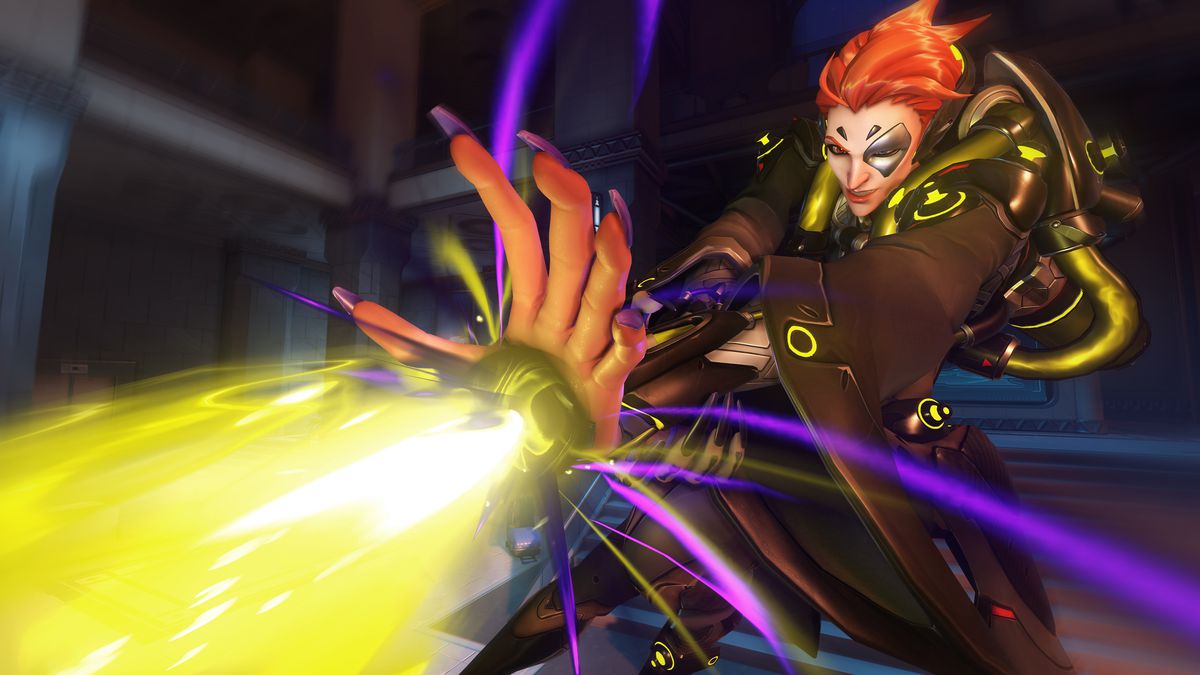 Read on for the full set of patch notes, including a buff to Tracer’s pulse bomb, a set of quality of life changes for Symmetra’s teleporter, and Wrecking Ball buffs.

A new Overwatch patch is currently in development and now available for testing! To share your feedback or report and issue, please post in the PTR Feedback 126 or PTR Bug Report forums 37.

Please note that the below patch notes only include changes currently available for testing on the PTR. While many of these changes will also be available on PlayStation 4 and Xbox One in a future patch, the PTR is PC-only and only reflects changes coming specifically to that platform.

Role Queue is an update to Overwatch’s matchmaking and queuing system that gives players the power to choose which role they play in their games. In Competitive Play and Quick Play, players choose their role before finding a game. The matchmaking system will create a team that is comprised of two tanks, two supports, and two damage heroes. Upon entering the match, players select desired heroes to play within their chosen roles. At the end of a match, players will return to the main menu and select their role before queuing into the next game. For more information about Role Queue, read the detailed blog post 2.5k.

For the time being, we’ve only enabled Competitive Play for 1.39 PTR. Stay tuned for updates.

Developer Comment: Ultimates are coming up too often considering how high impact they are. We are reducing how quickly they are built so less fights will be determined by ultimate usage. The slows change will mostly impact heroes which can slow themselves, such as Widowmaker while scoping, or Reinhardt while holding his shield. In these cases, enemy slows such as Symmetra turrets or Mei’s freeze will not hinder these heroes unless they stop slowing themselves or the enemy slow value passes their own slow value.

Developer Comment: Ashe’s time to fully reload felt overly restrictive. However, a long reload time is an intended downside to balance out the power of her gun so we want to be careful not to eliminate that completely.

Developer Comment: The overall damage output of Storm Arrows was too high so we’re reducing the maximum number of shots.

Developer Comment: Moira has always been good at healing and dealing damage, but she offers very little utility compared to the other healers. This change reinforces her evasive nature and allows her potentially save her team from area stuns such as Reinhardt’s Earthshatter.

Developer Comment: A common point of feedback for playing against Orisa was that it doesn’t feel useful to shoot the barrier as it comes back so quickly. Increasing the cooldown of Protective Barrier will make destroying it more rewarding.

Developer Comment: As a frontline, melee-range tank Reinhardt was more adversely affected by knock back abilities than most heroes. To reduce some of this frustration and enable Reinhardt to more easily fulfill his role, he is now more resistant to being knocked back.

Developer Comment: Hack is a potent disable with a long duration. Reducing the duration slightly will make it feel less oppressive as the hacked player without reducing its effectiveness too greatly. The increased cast time on EMP allows for more time to react and opens up more counterplay for the opposing team.

Developer Comment: Symmetra’s Teleporter is an interesting tool but often felt too restricting to use. Making the Teleporter last forever opens up new opportunities for how Symmetra is used in various maps and group compositions.

Developer Comment: Pulse Bomb was reduced in power some time ago to make sure it was not overly punishing to Tanks, which are much easier to stick the bomb to. While this is still a goal, we’re restoring some of this lost power to help deal with other hefty targets such as Bastion, or enemies with bonus armor from Brigitte.

Developer Comment: Wrecking Ball has a very active playstyle, but often it felt difficult to make good use out of his ultimate. This change allows him to spread out his Minefield further if he wants, while still allowing for a tighter cluster if he activates it near the ground.

These Fan-Made Maps Show Where To Find All Available Temtem

Pokémon Sword & Shield: How To Find Morpeko
We and our partners use cookies on this site to improve our service, perform analytics, personalize advertising, measure advertising performance, and remember website preferences.Ok