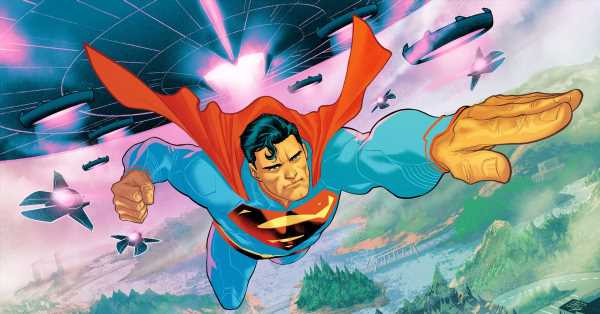 Superman is now playable in Fortnite, and the best opportunity to kill The Man of Steel with a sniper rifle for the foreseeable future. Epic Games released new skins and cosmetics for Superman on Tuesday, letting players drop onto the island as Clark Kent/Kal-El himself and earn a slew of super-rewards as part of Fortnite’s Chapter 2 Season 7 Battle Pass.

Those Superman-themed rewards include Daily Planet back bling, a Fortress of Solitude-inspired pickax, and the chance to play Fortnite as the ultimate hero: a journalist.

Here’s a peek at what Fortnite players can earn in the game’s new alien invasion-themed battle pass (and how to unlock it all):

Complete Fortnite Chapter 2 Season 7 Epic Quests to earn new rewards, including the “Shadow” alt Style for Clark Kent, Superman, and the set’s accessories. In order, the Superman rewards unlocked this way are:

It’s a big week for superheroes in Fortnite. In addition to Superman, Fortnite players can now get their battle royale on as Ariana Grande and, soon, as Gamora from Marvel’s Guardians of the Galaxy.

And here are the 8 best Superman comics of all time