Before Netflix’s The Witcher adapted Andrzej Sapkowski’s fantasy saga, there was the behemoth RPG, The Witcher 3: The Wild Hunt. Developed by CD Projekt Red, the threequel is the most iconic iteration of Andrzej Sapkowski’s fantasy world across the IP’s entire lifespan, and has experienced a resurgence in popularity after the one-two punch of the TV series and Nintendo Switch port.

However, if you’ve recently finished the series, there are some things you might want to know before diving into The Witcher 3, whether it be your first or eighth time playing.

First of all, it’s important to note that the games aren’t necessarily considered canon (although this is sometimes debated between fans). Geralt’s story in the books finishes up in the year 1268, whereas the first CD Projekt Red game, The Witcher, begins two years later in 1270 — although what happens to Geralt in the years between differs greatly from book to game. Despite this, there are a lot of things about The Witcher 3 in particular that are directly related to events from the first season of Netflix’s hit show, which is mostly based on the short story collection known as The Last Wish.

In episode 4 of the Netflix series, Geralt saves Duny — otherwise known as the Urcheon of Erlenwald and the guy who looks like a hedgehog — from certain death in Calanthe’s court. Duny arrives to claim Princess Pavetta’s hand in marriage, which is he owed by the Law of Surprise. However, his helmet is knocked off, revealing the fact that he is suffering from an affliction causing him to take on the appearance of a humanoid hedgehog.

After Geralt saves him, the Law of Surprise is invoked yet again, this time forever linking Geralt to the then-unborn Ciri, leaving their shared destinies in motion. Years later Duny’s true identity is revealed: Emhyr var Emreis, rightful emperor of Nilfgaard. In The Witcher 3 he’s voiced by Charles Dance and, like Tywin Lannister, is an absolutely horrible person you can’t help wanting more of. 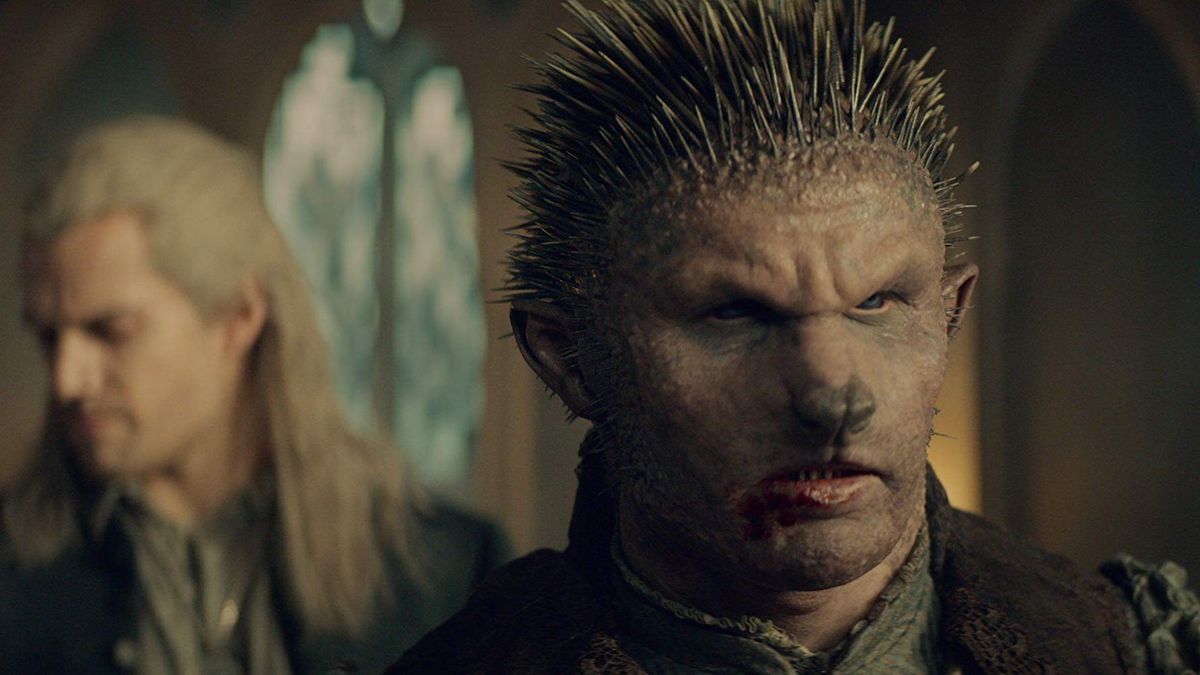 Mousesack the mage is very much alive in The Witcher 3

In the show, Mousesack the mage dies at the hands of a doppler, who then takes his place. But he’s still alive in The Witcher 3, just with a different name: Ermion. Mousesack’s story in the Netflix series is different from his arc in the text, likely because Netflix had to adjust the timelines in order for Geralt and Ciri to meet towards the end. In the books, Geralt actually meets Ciri in Brokilon Forest, which is where she is intercepted by the doppler posing as Mousesack in the show. For this plot point to work and the doppler to take his place, Show Mousesack had to die.

Meanwhile, Ermion is a pretty major character in The Witcher 3, and has a lot of time for his old pal, Geralt of Rivia. Although in this case Ermion ditches Mousesack’s Queen’s English for an Irish twang.

Another important face at the Cintran banquet

In episode 4, Queen Calanthe of Cintra hosts a banquet in order to vet suitors for her daughter, Pavetta. Calanthe arrives late, drunk and covered in blood, and invites Geralt to her table in order to alleviate her boredom at an affair she cares not for.

Interestingly, one of the suitors is a young Crach an Craite, who becomes a firm friend of Geralt’s later on. In The Witcher 3, Crach hosts a similar junket in order to decide who should become the new High King or Queen of Skellige. Before the feast, he remarks that an event of this nature would be considered boring if nobody died — likely referring back to the day in Cintra several years beforehand. Luckily for him, Skelligan berserkers — men turned into bears after drinking mushroom cocktails — arrive to crash the party, and he gets his fair share of drinking and bloodshed.

A major plot point in The Witcher involves Yennefer deciding to refuse her post in Nilfgaard. This led to Fringilla Vigo becoming an advisor at court, allowing Nilfgaard to instigate their northerly conquest. However, Fringilla later becomes a prisoner of Emperor Emhyr, who enlists the help of Yennefer in The Witcher 3 to recruit Geralt of Rivia and find Ciri — Emhyr’s daughter by blood.

Obviously Yennefer isn’t on Nilfgaard’s side in The Witcher 3. She’s just using them to get to Ciri. “Who is Yennefer?” Ciri asks Geralt at the end of season 1. “Your new adoptive mother,” Geralt would say, if he could see into the future. 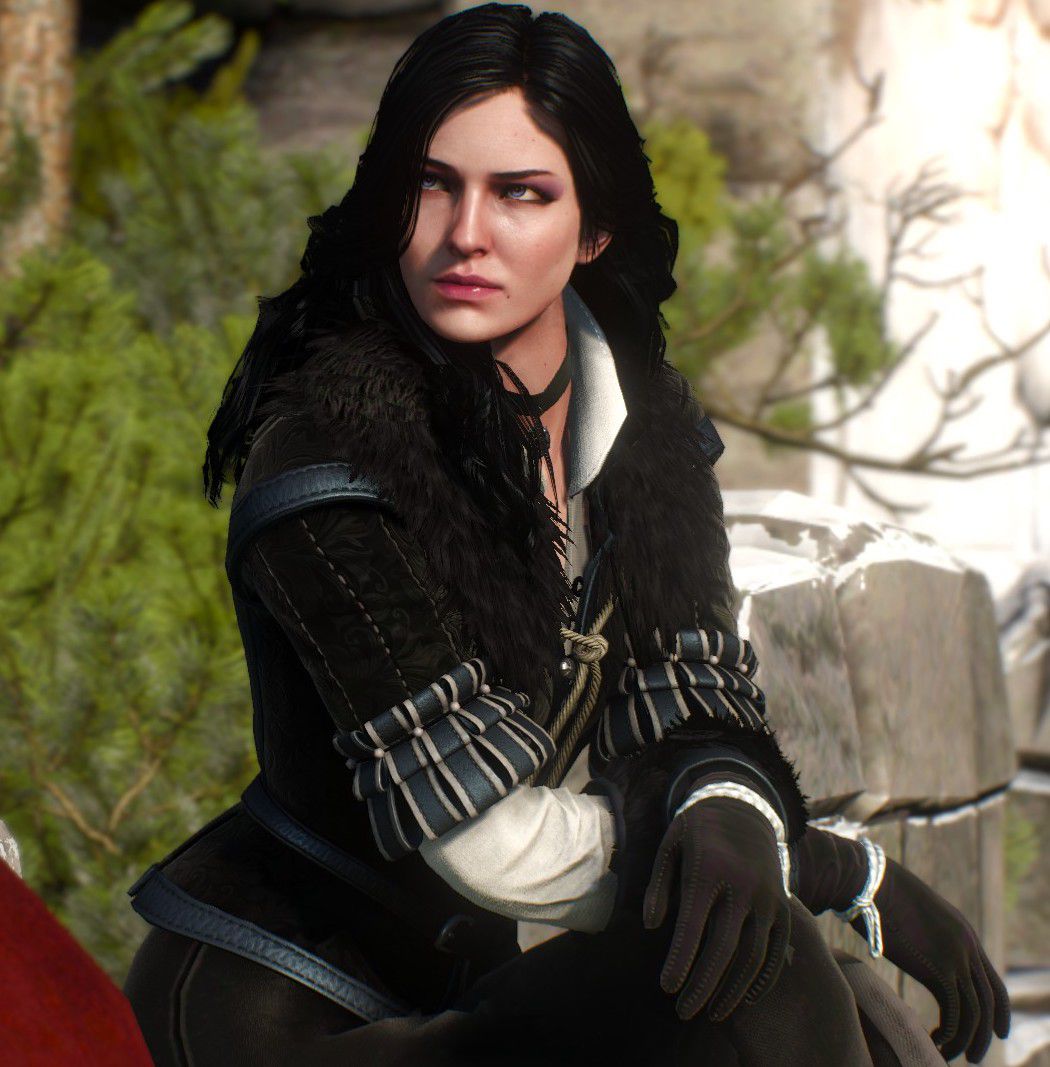 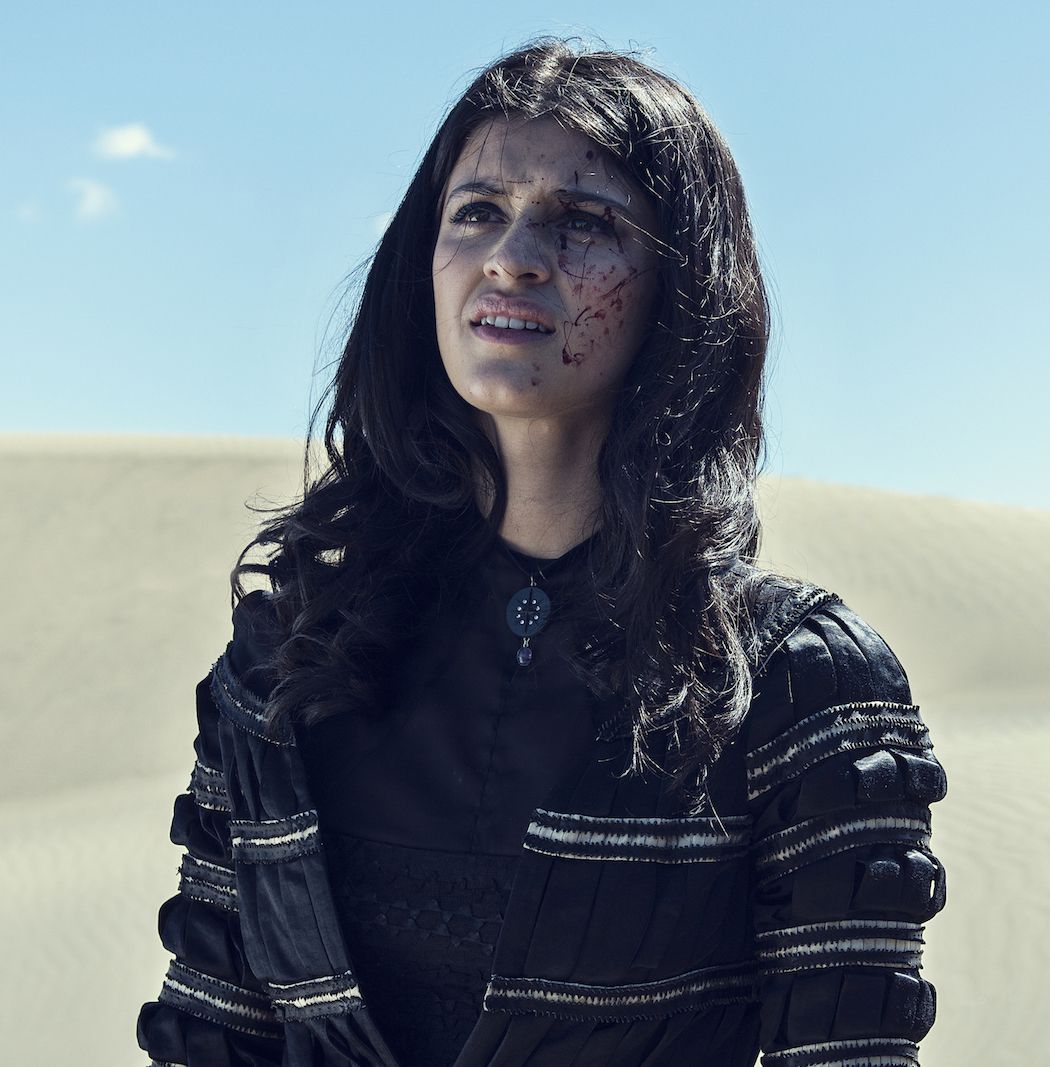 The Last Wish and the djinn

The Last Wish is Sapkowski’s first (chronologically speaking) short story collection, and the titular wish is detailed in the events of episode 5, where Geralt and Yennefer fight over a djinn. In this story, Geralt makes a wish, but refuses to tell Yennefer what it is.

It soon comes out that he wished they would be together forever, which Yen is less than impressed by. However, in The Witcher 3, you have the opportunity to remove this wish by hunting down a djinn in Skellige. Afterwards you can sit next to Yennefer and tell her whether you still feel the same or if things are different now. Only a heartless heathen would choose the latter.

Towards the end of season 1, Geralt mentions someone called “Vesemir,” although this is the first time that name comes up. Veteran Witcher 3 players know who Vesemir is — he’s Geralt’s master and father figure, the man who raised him in Kaer Morhen and trained him to be a witcher.

Vesemir also appears in the first Witcher game, although he truly shines in the last installment of the trilogy. If you want to get a feel for the sort of person he is ahead of his likely introduction in season 2, The Witcher 3 is the place to go. Although be warned: you will get extremely attached to this narcoleptic grandfather.

Why is everybody after Ciri?

It’s never made explicitly clear why Cahir — the knight in black who hires the doppler — is after Ciri in season 1. However, by the time The Witcher 3 rolls around you’ll know that everyone and their grandmother wants Ciri. Why? Because she’s a descendant of Lara Dorren, which means that Elder Blood runs through her veins.

Ciri can manipulate space and time at will and has access to a font of magic so powerful that she eventually becomes the most important person in the whole Witcher series. You actually get to play as her on more than one occasion in The Witcher 3, where you can really get a feel for how much of a force of nature she becomes. Then you’ll understand why she’s in such high demand. It doesn’t hurt that she’s also the rightful heir of both Cintra and Nilfgaard.

What’s up with The Lodge of Sorceresses?

The Lodge of Sorceresses is essentially a community of mages and sorceresses who provide rulers with an advisor at court who is skilled in the magical arts. Our main exposure to them in season 1 comes in Yennefer’s arc while she is studying under Tissaia at Aretuza, and again when she returns later on before joining the frontlines at the Battle of the Sodden.

The Lodge disbands at the end of The Witcher 2, which means most of its members go into hiding. Many of them actually die. However, certain key members — Fringilla, Yennefer, and Triss from season 1 — reunite in The Witcher 3 before taking on the Wild Hunt at Ragh nar Roog. Fortunately some of the more nefarious types, such as Stregobor and Vilgefortz, are long gone by the time the third game begins.

Of course they had to put this in. It wouldn’t be The Witcher without Bathtub Geralt™.