Critically-acclaimed indie game Inside announced a collector’s edition last year, and while the $375 sticker price was high, developers Playdead refused to tell anybody what was in the release. All the Danish studio said at the time was that it was teaming up with iam8bit, a company known for high-end physical releases, as well as RealDoll, the infamous people behind life-sized sex dolls.

Of course, anybody who has played the mysterious side-scrolling game could probably guess where the collaboration was going. After all, one of the most memorable points of the game involves discovering a massive monster composed of endless human bodies and limbs. Sure enough, a recent reveal of the sold-out release confirmed what everyone feared all along. 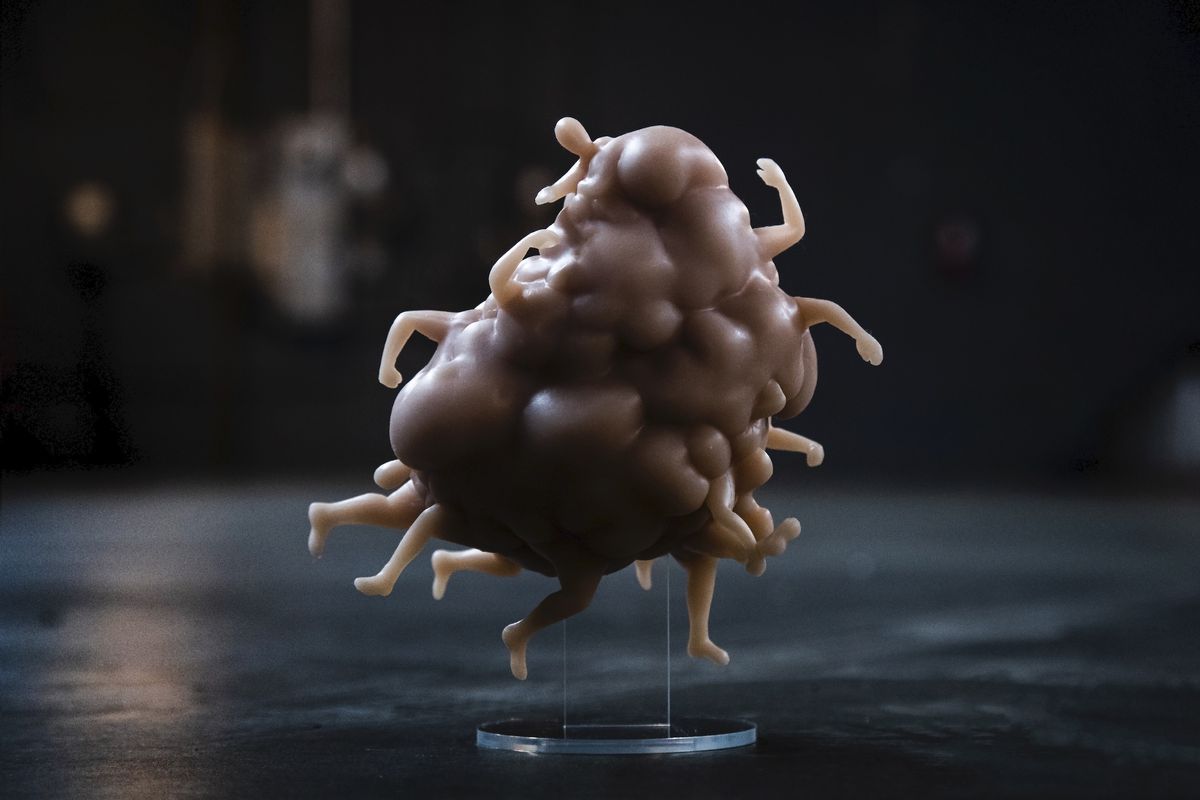 “If you think about it, every game has it’s core legacy ‘thing’,” Amanda White and Jon M. Gibson, Co-Owners at iam8bit, explained to Polygon. “Zelda has its triforce, Sonic has its gold rings, and Inside has its Huddle. That mobile, wiggly mass of fleshy human bits isn’t just a crescendo climax in the story, but also the thing that absolutely sticks with you after the experience is over. During the early stages of brainstorming, there was absolutely no question.”

But who could actually bring Huddle to life? A plastic or solid figurine probably would have been easy enough, but instead, iam8bit wanted to capture the palpable thing that made Huddle so memorably disgusting.

“We always like to acknowledge that you don’t know what you don’t know,” the co-owners said. “We’re experts in lots of things — like creative design, marketing, production, packaging — but we don’t know a lick about making anything out of silicone. Those experts are RealDoll.”

The pair ended up touring RealDoll’s facilities in San Diego, where they found out that folks there were actually big Inside fans. But that didn’t make production easy. While RealDoll had access to plenty of reference images from the game, the sex-toy makers told Polygon that the number of limbs on the creature made production tricky.

“We knew from the get go that it had to be fleshy,” said RealDoll co-owner Michael Wilson. “We use many different proprietary mixes of silicone for our products already and have 22 years of experience changing out additives to achieve feel, stretch, softness, and durability. It was a long process of pouring up several different silicone tests and sending them to PlayDead for approval to find the best of all the aforementioned characteristics.”

Inside soundtrack came from within an actual human skull

RealDoll says it went through many Huddle iterations that involved different silicone recipes and consistencies, all in the name of capturing the creature’s je ne sais quoi. The gross results speak for themselves.

The collaboration may still seem like a strange one given RealDoll’s public image, but what you might not know is that the company already does way more than just sex toys. Recently, for instance, RealDoll did some effects work for HBO’s Silicon Valley.

“RealDoll is basically a Hollywood Effects Studio,” Wilson said. “We do everything. We make robots, prosthetics, sex toys and much more. Pretty much if you can think of it, we’ve done it.”