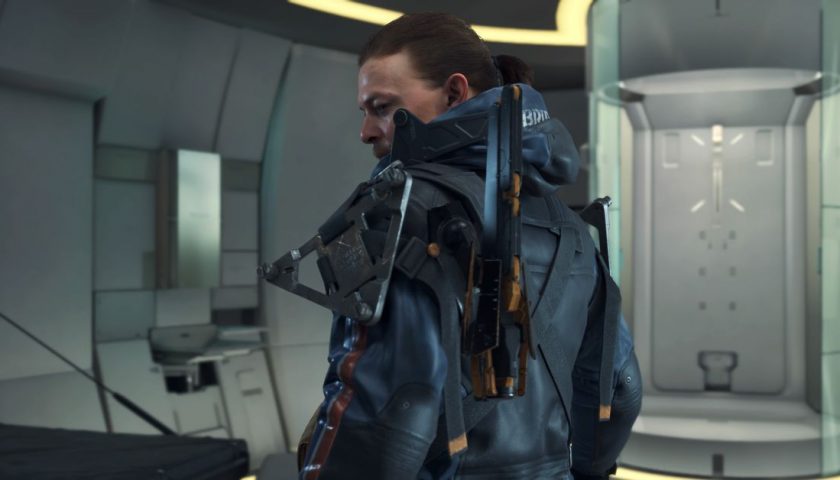 In the extended look at the Director’s Cut, Kojima Productions shared new delivery tools, like a cargo launcher, and boots that decrease fall damage. Buddy Bot, too, was shown in more detail; it’s a new feature that lets Sam Porter Bridges carry more cargo, or even ride along as Buddy Bot does all the hauling. There’s also a firing range where players can practice with weapons — and “train and compete” for high scores.

New “action-packed” delivery missions are coming, too. In the clip, we do see Sam Porter Bridges heading deep into what appears to be a subterranean facility. Plus. there’s new weapons and also the ability to revisit boss battles. (You can check them out in your room.) This means players can, again, compete for high scores.

Too stressful? The Director’s Cut has new songs for Sam Porter Bridges to dance to in his room. For even more fun, the Director’s Cut will also let players do stunts and tricks, plus race on a race track, on the motor bike and other vehicles. Yes, Death Stranding is now Mario Kart.

Since that announcement in June, information about the Director’s Cut — including the fact that Kojima does not like calling it a director’s cut — has slowly trickled out. This new version of Death Stranding will launch on PlayStation 5 on Sept. 24, several more major improvements to the game, other than the ones mentioned Wednesday. Many are focused around combat, but there are also additional tools to help Sam Porter Bridges be a more effective delivery man — like the aforementioned catapult and ride-on bot.

Gamescom officially kicked off Wednesday with Keighley’s livestream, though Microsoft held its pre-show on Tuesday. Yes, there were trebuchets. Like last year, Gamescom 2021 is entirely digital due to the COVID-19 pandemic.