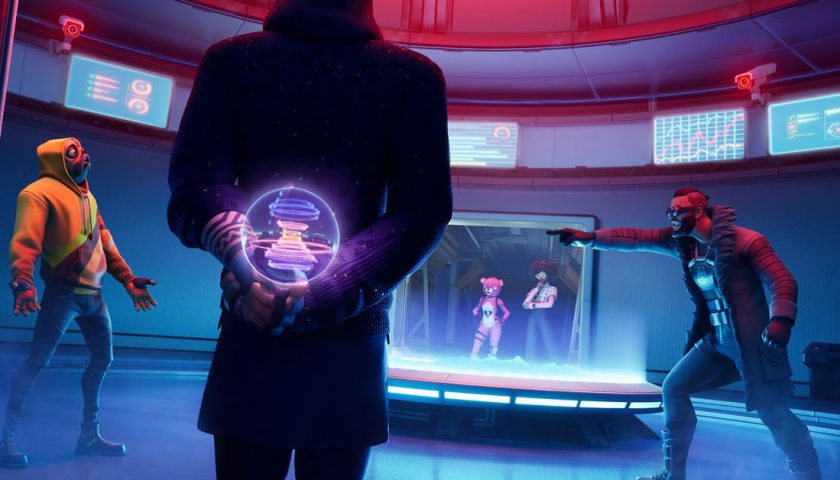 Fortnite has another new Among Us-style mode and this time its a lot closer to its inspiration. Epic revealed the new mode on Tuesday, as part of Fortnite’s latest patch.

The new limited time mode is called Impostors, and it features 10 players — eight Agents and two Impostors — in each match. All 10 players are aboard The Bridge on the island (also like Among Us). The Agents are trying to complete tasks that will help them arrive at their destination safely; Impostors try to eliminate the Agents without having their identity discovered. Whenever things seem a little too suspicious, or when player’s body is found, all the remaining players convene to discuss who the Impostor might be.

While this might sound a whole lot like Among Us, Fortnite’s version of the mode does have a few additions. For instance, Impostors can occasionally teleport every player in the game to a random location, disorienting them and hiding the Impostors’ suspicious behavior. Impostors can also temporarily make everyone in the game look like Peely (Fortnite’s banana mascot) to help them escape a tight situation. On top of these powers, they can also sabotage the The Bridge to freeze tasks’ progress and slow down the Agents — just like the impostors in Among Us.

Ariana Grande’s Fortnite event takes players all over the Rift

Another difference: voice chat is disabled for public matches in Impostors. Players who are already grouped together can still use party chat to talk to each other, but everyone else is limited to emotes and a new quick chat feature, which sends messages specifically about the Impostors mode.

Epic Games tried a hidden-role game type before with “The Spy Within,” a limited-time event in December that also divided players into teams of eight agents and two infiltrators. That mode ran for about a month.

Other than Impostors, Fortnite’s latest patch includes a gameplay update that replaces Epic and rarer pistols, assault rifles, and sniper rifles with their silenced versions. This is part of Fortnite’s new Wild Weeks, which will adjust some small part of the game each week as the story’s alien invasion gets closer.

Impostors is available in Fortnite now, and should be around for at least a week, but Epic hasn’t given the mode an exact end date just yet.