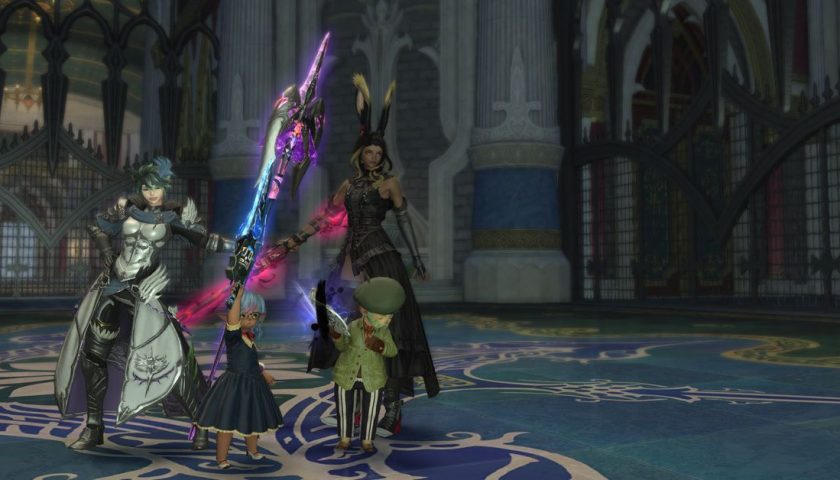 Developers have taken action against two streamers that used mods while playing the MMORPG Final Fantasy 14 live to an audience. The two streamers, Hiroro and Bagel Goose, had their characters put into into an in-game “jail” after streaming the game while using mods that violated the terms of service. The active moderation is the latest development that has sparked a larger conversation and anxiety about the use of mods in Square Enix’s popular online game.

Final Fantasy 14 is a bustling online world where players take on high-level, multi-stage raids as teams. While the game continues to receive regular patches, players have taken it upon themselves to create mods that improve aspects of the game like its visuals or quality-of-life features. One kind of popular mod includes those that allow players to enhance the information tracked by in-game HUD to display information like battle mechanics, and damage-per-second output which is often used by high-level players to clear tough raids.

The mods violate the terms of service of the game and now, Square Enix has taken action against streamers like Hiroro and Bagel Goose for using the mods. In a VOD, you can see Bagel Goose being sent to Final Fantasy 14 “jail” which is an area called Mordion Gaol where players are sent to talk to a general moderator. From there, the moderator will decide on the specific punishment for the player whether it be a temporary ban, taking away certain items, or so on. Streamer Hiroro was similarly punished, but the VODs have since been scrubbed only leaving screenshots of the enforcement.

Mods, or third party tools, are prohibited in Final Fantasy 14, although many players use them. On May 9, producer and director Naoki Yoshida, published a blog post on the official Final Fantasy 14 website stating that players’ accounts could be suspended or even banned for using mods. The post then goes on to list the HUDs mods specifically, saying the “modification of the UI to display additional information” was prohibited. (However, it should be noted that the team said the developers are working on an official fix to improve this aspect of play, although it may take some time.)

Yoshida’s blog and the highly visible acts of moderation have sparked a larger conversation about moderation on the platform. Players have often interpreted many of Yoshida’s statements about third party tools as being fine to use so long as players don’t harass people, but now they’re unsure what’s allowed and what isn’t. Additionally, it’s still unclear to many in the community if the developers will start enforcing a stricter ban policy on all mods or just on some. For example, some players use mods for accessibility purposes, like removing particle effects to reduce eye-strain.

Polygon reached out to Square Enix for clarification and will update the article as we hear back.