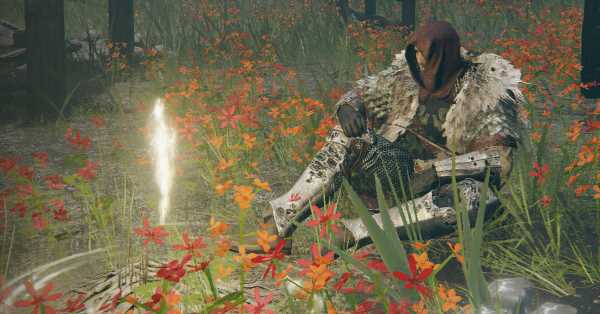 In this Elden Ring rune farming guide, we’ll show you a few places to farm runes in the starting area of the game, West Limgrave, so you can level up faster, earlier. Elden Ring’s runes are what you’ll use to level up your character by increasing your stats.

Consuming a Gold-Pickled Fowl Foot will earn you roughly 30% more runes for about three minutes. Drop them into your hotbar — or your Quick Pouch — or use one straight out of your Inventory to gain this benefit.

Having plenty of these to eat just before you farm runes is basically like getting free runes. To craft your own, you’ll have to meet an NPC and follow him to his merchant location. We’ll walk you through that process in our Gold-Pickled Fowl Foot guide.

Rune farming locations need to be both close to a site of grace where you can reset the enemies and have a (relatively) quick rune return on your time investment.

Very early in your exploration of West Limgrave, you’ll find the Gatefront Ruins. Clear out all the guards (and their little dogs, too) to collect about 1,300 runes. There are two nearby sites of grace — Gatefront to the northwest and Agheel Lake North to the southeast. This is also a great place to practice your stealth and gets even easier if you use your Spirit Ashes.

Immediately to the northwest of the Gatefront Ruins is Stormgate. Through the titular gate, you’ll face off against six or so crossbow-wielding demi-humans and a troll. Clearing all of them out will get you about 1,300 runes — and it’s even easier if you kite the troll around to clear out the demi-humans. This one takes a little practice, though, since you’ll be facing off against a big, angry troll over and over.

When you do get comfortable with killing trolls (for us, it involves a lot of rolling, an upgraded weapon, and bleed damage), head to Stormhill. It’ll a bit of a ride southeast from the Warmaster’s Shack (and down the cliffs), but you’ll find five Trolls wandering the hillside there — and each of them will give you 1,000 runes. A single trip to clear out all five of them will be enough for a level’s worth of runes up to level 30 or so.

This one is only available late in your journey through West Limgrave, but just outside of the Secluded Cell site of grace in Stormveil Castle, there’s a Troll and two Exiles. We got 1,210 runes for the Troll, and 114 runes for each of the Exiles. If you have magic, this is a great place to just stand back, cast, and watch the runes accumulate. And maybe the best part: If something goes wrong, and you die, you’re right next to your site of grace.

This one’s a bit different, because you can only do it once, but the massive reward makes it worthwhile. Head to the far east side of the map to the red desert area, Caelid. There’s a site of grace near the eastern edge called Fort Faroth. Ride Torrent straight to this site of grace (because this area is very dangerous) and rest as soon as you get there.

To the northwest of the site of grace you’ll see a massive sleeping dragon. Run to the dragon’s tail and start hitting it. The dragon won’t do anything to stop you and there shouldn’t be any enemies in the area to bother. This dragon’s health pool is massive so it’s going to take a very long time to kill, but once you do you’ll be rewarded with a Dragon Heart and 75,000 runes.