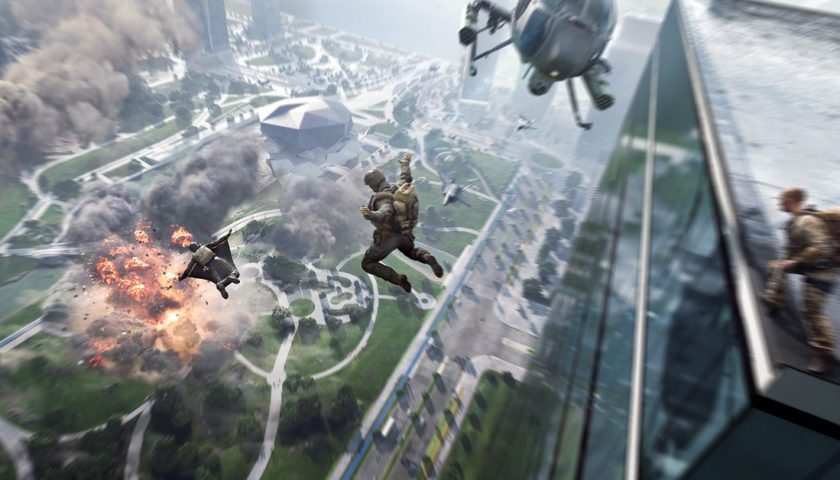 “The teams across the globe are working 24/7 to evolve and deliver improvements to the game,” EA DICE wrote on Tuesday. “We have confirmed at least two major game updates in the coming weeks, and we’ll be here communicating consistently about the changes we are making, as well as new content coming to Battlefield 2042.”

Battlefield 2042, a multiplayer-only game for the first time in franchise history, was released Nov. 19. A title update just before launch did little to address the issues shown during early access and reviews. Players and critics both have reported core gameplay shortcomings, like lag and hit registration, and the lack of a basic feature like voice chat hasn’t helped, especially for a game that touts 64-player teams fighting it out.

Regarding hit detection, DICE said on Tuesday that “in very rare instances we’re seeing that our servers aren’t correctly registering hitmarkers.” But the studio has no answers yet. “We’re actively working hard to identify what could be causing this issue, and to develop fixes,” DICE said.

Still another performance issue agitating players, this one involving aiming, won’t be fixed until the third update in December. DICE has discovered that “some settings are not properly applying” with regard to mouse aiming, and a fix is ready, but it’ll take a couple of weeks.

“On console, we’ve been performing similar investigations around the consistency of Aim Assist,” DICE wrote. “We’re aware of the issues that you’ve helped to raise on this front, and wanted to volunteer that it’s not consistently behaving in line with our designs.” But no fix window is offered yet. “We’re on it, and will keep you updated,” DICE said. DICE also acknowledged that gunfire spread is less accurate than intended, and that it has made “a series of adjustments” to tighten the spread.

As far as the servers, DICE said Battlefield 2042’s online services are largely performing “at our intended target levels. … However, there are still some critical issues that you may experience when playing on servers that we are keen to resolve quickly.”

But on PC, “we want to acknowledge that many of you are finding that performance of the game is presently CPU bound,” DICE said, “and not enough of you who are fortunate enough to enjoy high end GPUs and CPUs are seeing the benefit of consistent, high rates.”

The studio said in the short term, it will be working on performance improvements that reduce the load on players’ hardware, but “identifying engine level optimizations and developing solutions will require a lengthier response time from us so that it gets done right.”

Battlefield 2042’s Metacritic score for Xbox Series X and PlayStation 5 is the lowest in series history, and on PC, it’s the second-lowest, ahead of only 2015’s Battlefield Hardline. Over the weekend, it entered the top (or bottom) 10 of user-reviewed games as analyzed by Steam250.com, with a “Mostly Negative” player opinion generated from 41,651 reviews. The game’s PC playership remains relatively high, however, with a peak of almost 60,000 in the past 24 hours, according to SteamDB, and about 42,000 within an hour of publication time, according to SteamCharts.