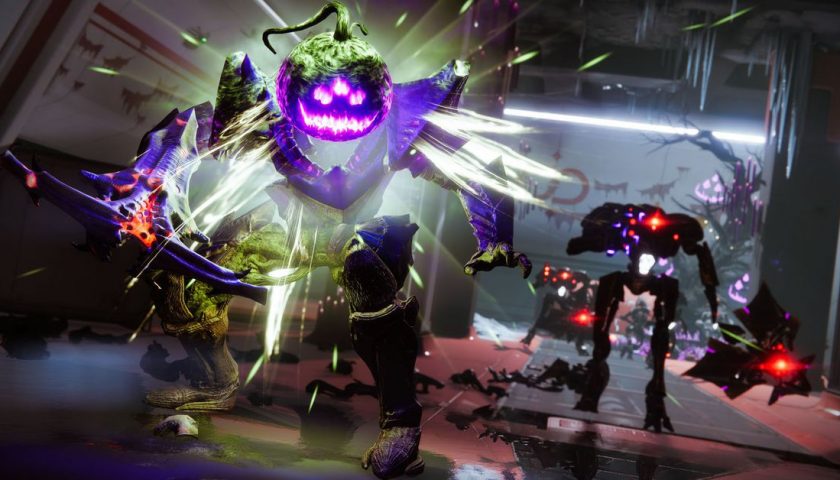 Last year’s Festival of the Lost event in Destiny 2 — the in-universe version of Halloween — bestowed upon players a seemingly useless gift: the Ascendant Lens. With no obvious use, many Guardians removed the item from their inventory, as players only have so much space to hold items like that. But a full year later, Bungie is offering a handsome reward of goodies for fans that held onto their Ascendant Lens through all of 2021.

Back in 2020, when Guardians were still running the often-reused Haunted Forest activity, they could stumble upon a secret quest. After opening 45 chests with the event’s special currency, Spider would suddenly have a new quest. But talking to the NPC on the Tangled Shore didn’t send players on any kind of goose chase. No, Spider simply offered players the Ascendant Lens. And it was utterly useless for a full year.

The Ascendant Lens sitting in a Guardian’s limited inventory
Image: Bungie via Polygon

But as Festival of the Lost 2021 kicked off on Tuesday, players discovered that Mara Sov, queen of the Awoken and a major player in Season of the Lost’s story, had a new quest for patient Guardians. Speaking to Mara while holding the Ascendant Lens in your inventory offers a wall of text headlined by: Ascendant Lens. Mara basically tells Guardians that the tool is useless in their hands, but very potent in the hands of a Techeun — a kind of Awoken witch. She then hands the player a bag of Halloween goodies and tells them to go away.

Mara Sov explains the Ascendant Lens after a year
Image: Bungie via Polygon

The “Bottomless Goody Bag” contains some special materials, three rolls of the new Jurassic Green pulse rifle, and 21 Spectral Pages — giving players who are looking to complete this year’s Festival of the Lost a big advantage.

While it’s certainly not a new Exotic quest or something truly exciting, it’s nice to see Bungie award Destiny 2 players who stayed vigilant and believed that something special might happen. And as Spider and The Tangled Shore are set to leave Destiny 2 in The Witch Queen, it’s great to have one final Easter egg involving the cantankerous Eliksni.