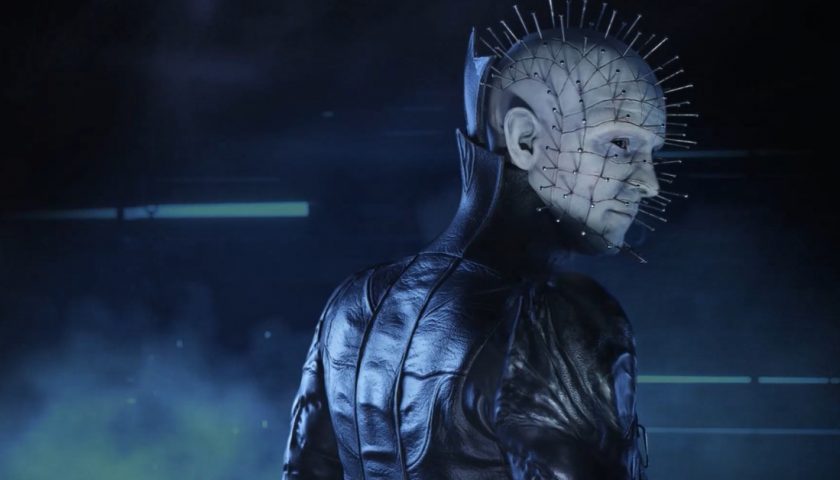 Pinhead is coming to Dead by Daylight, and the famous movie monster from Hellraiser is a formidable Killer. Known as the Cenobite, Pinhead is very good at locking down Survivors and making them scramble, thanks to his array of hooks and chains.

Each Dead by Daylight Killer has a primary power, which allows them to harm or herd Survivors. Pinhead’s is Summons of Pain, which allows him to create a portal. Once the portal is opened, he can summon a chain out of it to bind a survivor.

“We wanted to offer new gameplay,” said Dave Richard, creative director on Dead by Daylight, in a call with Polygon. “With Pinhead, the active action of using the chain is something you control directly. You control the projectile, so it’s very interesting and skillful gameplay.”

Richard compared the projectile to another Killer, the Nurse, who blinks and turns into a UI-based object in the game that can project through terrain and buildings without worrying about collision.

If Pinhead’s chain connects, the targeted Survivor is unable to sprint, suffers from the Incapacitated status effect, and can’t leave the map through the Exit Gate. The chain’s slowing effect increases as they are hit with a second, then third chain. While the Trickster, Huntress, or Deathslinger needs to have a direct line of sight to their target, Pinhead can play a little five-dimensional chess with his portals.

Adding to his map presence is the Lament Configuration puzzle box. The faithfully recreated puzzle box will appear on the map, and if the Survivors leave it alone, it starts to summon those tricky Chains. If Pinhead picks up his own Lament Configuration, he chains everyone on the map and reveals their location. The only way to stop that is for one Survivor to claim it and solve the puzzle — which puts them at risk, as it allows Pinhead to see them and teleport to their location.

The Cenobite also has custom perks that are designed to slow down and overwhelm Survivors, while also making four of the hooks around the map much deadlier and persistent.

The Hellraiser chapter, which includes the Pinhead Killer but no new Survivor or map, is coming to Dead by Daylight in September.