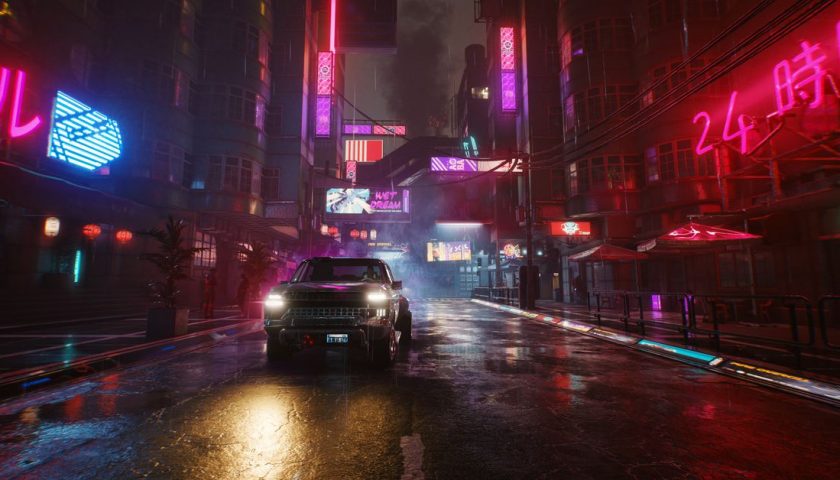 Cyberpunk 2077’s next big patch, labeled 1.3, is expected to launch soon. On Monday, developer CD Projekt Red teased a trio of changes which should be exciting for dedicated players. It also includes a fix to an early game quest that has been frustrating players for a while now. The in-fiction announcement was made on social media, and includes a fairly obtuse description of what to expect. Here’s the gist of what’s on the way.

First, the minimap while driving appears to show slightly more of the road ahead of you than it did before. That should make navigating — especially at high speeds — a lot easier.

Second, the early game quest that takes place in the Clouds club has been altered slightly. Previously, players were presented with the choice of hiring one of two different sex workers, named Angel (male presenting) and Skye (female presenting). However, their pictures were removed from view prior to giving players the option to choose. With patch 1.3, CD Projekt will now show the image of both sex workers on screen while the dialogue option is available, giving players a better idea of which gender expression they’ll be intimate with over the course of the night.

Finally, Cyberpunk 2077’s 1.3 patch also lowers the cost to respec your character’s perks. Previously, players had to visit a ripperdoc and purchase an item called Tabula e-Rasa for 100,000 eurobucks. With the next patch you can simply pay 13,200 eurobucks right from their character menu.

“For our players, this feature will mean safer experimentation with builds,” CD Projekt Red gameplay designer Katarína said in a blog post. “It is easily accessible and affordable for everyone, so there is no need to hesitate while investing in particular perks.”

Monday’s announcement went on to say that a full list of changes is on the way. CD Projekt promises more details on Aug. 17 during a live Twitch stream.