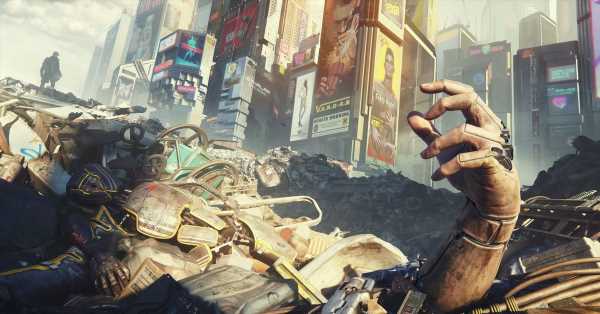 It’s been a little over three months since the disastrous launch of Cyberpunk 2077, CD Projekt Red’s highly anticipated open-world game starring Keanu Reeves. During this time, the Polish studio has released a few updates for the game, including two major ones. The March 1.2 patch takes aim at everything from police AI, to small but funny oversights, like typos. The list of fixes is long. But based on what many Twitch streamers and YouTubers are sharing post-patch, it seems that Cyberpunk 2077 is still looking rough.

Right now, most of the top Twitch clips of the game hail from streamer Vinesauce’s recent broadcast, where the personality showcases a number of remaining glitches. The most common type of glitch, which is popping up repeatedly on social media, has to do with spawning cars. When players call in a ride, the game will spawn all of the vehicles in the same place — sometimes leading to complete mayhem, as cars explode against each other, or the game struggles to render so many objects at once. There also appear to be a number of physics-based hijinks, according to other clips from the stream.

Driving, in general, still seems to be hit or miss. In one YouTube video uploaded by Kevduit, the player throws a grenade into the distance, prompting every single NPC to step out of their car in unison. Then he looks away for a split second and every one of those people disappears into thin air. These are but a few hitches highlighted in the nearly four-minute video.

That same footage also shows that the police aren’t quite up to par yet — sometimes they kill the player instantly, sometimes they despawn mid-chase, and other times they completely ignore crimes happening right in front of them. Similarly, other clips floating around at the moment don’t paint the game in a very positive light. Simple things, like aiming down sights, are still not working correctly according to players trying the patch.

On places like Reddit and Twitter, there are reports of the game loading slower than before, though performance appears to vary depending on platform. This far in, though, some are questioning whether or not it’s worth coming back to a game that could still be considered broken, or whether they should just get a refund. As of this writing, Cyberpunk 2077 is still not available on the PlayStation Store after being delisted in late 2020.

In January, CD Projekt Red laid out a roadmap for Cyberpunk 2077, which specifically numbered two patches for the game. While the troubled RPG will continue to get unspecified tweaks and fixes throughout the year, based on the roadmap, the developer will also start to pivot toward developing free DLC and next-gen upgrades. Hopefully the upcoming changes do more than put a Band-Aid on the experience, which to date has sold millions of copies despite controversy.

Correction: A previous version of this story misstated how long it’s been since Cyberpunk 2077 was released.