Square Enix has been passing along promotions to unlock a Black Fat Chocobo mount in Final Fantasy 14. In the United States, you simply had to buy a qualifying item from Amazon. In China, you get a code for the fat bird only once you’ve ordered and finished eating a family-sized meal at KFC.

According to this Reddit thread that rounds up the chaos caused by the bird, fans have to pay approximately $13.73 for a family meal and dine in with it. The catch is that the code is only rewarded after the food is gone. The meal consists of one double chicken burger, one vegan mushroom burger, one five-piece order of chicken nuggets, two Original Recipe pieces of chicken, one two-piece order of New Orleans chicken wings, one old Beijing spicy duck roll, two large Pepsis, and two peach oolong teas. The set is obviously for a family, but you only get one code for eating it all, which means … each player needs to put away a lot of food to get that code. (After all, why go with your friends on different days and take turns redeeming the code when you can do it in a more challenging way, like this?)

Hilariously enough, Chinese Final Fantasy 14 players have been cooking up memes and guides on how to take down the food in game terminology. 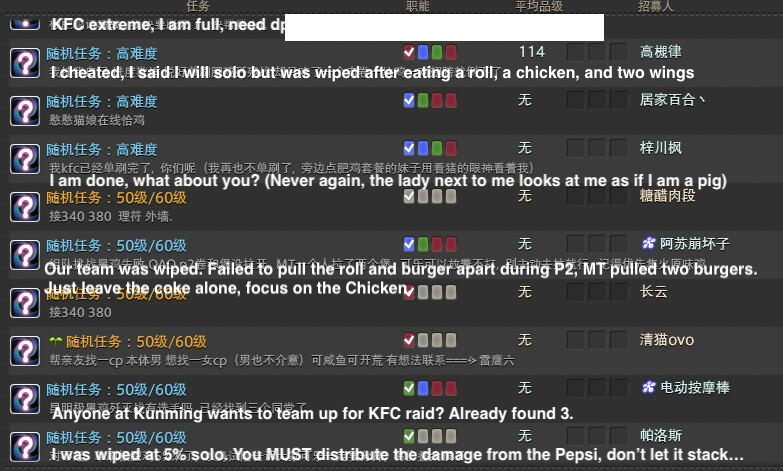 One translated post in the Reddit thread includes a “walkthrough” on what to eat in what order, noting that players should “Use Hallowed Ground to solo” the mushroom burger, which is also referred to as the Morbol burger by its challengers. Morbols are hideous beasts in Final Fantasy 14, known for their Bad Breath attack, a cone-shaped area-of-effect that plants just about every debuff in the game on the player. 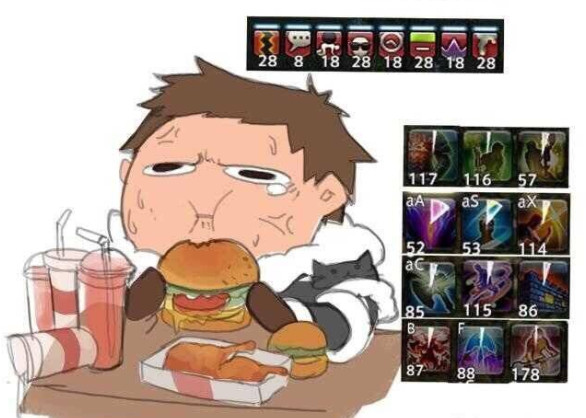 Even with all the tank buffs popped, Bad Breath is too OP.
Cozywolf/Reddit

While it’s pretty brutal to require players to eat a family meal for a code, KFC is likely preventing people from mass-buying meals just to sell the codes online and toss the food. If people have to eat the food, it’s not going to waste, right?