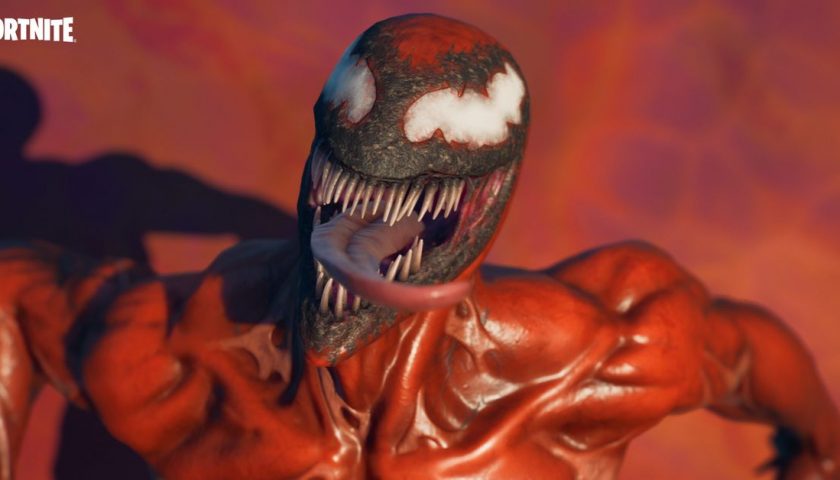 The dust has settled from Fortnite’s latest in-game event, and Chapter 2 season 8 has begun, which means there’s a new battle pass full of cosmetics to unlock.

This time around, the highlight skin is Carnage, the notorious Spider-Man foe, and the villain of the upcoming movie Venom: Let There Be Carnage. Along with his new outfit, Carnage also gets several other cosmetics like a glider, and a trail. Perhaps his coolest feature is the Carnage harvesting tool, which just grows out of his arm thanks to his symbiote powers.

The pass also includes several other skins including Torin, the monster hunter, and J.B. Chimpanski, who is organizing the war effort against this season’s Cube threat. There’s also Fabio Sparklemane, a rainbow-themed anthropomorphic horse, and Charlotte, who gets her own katana harvesting tool. The pass also include a skin called Toona Fish that starts out black and white, but will let you add your own splashes of color later on.