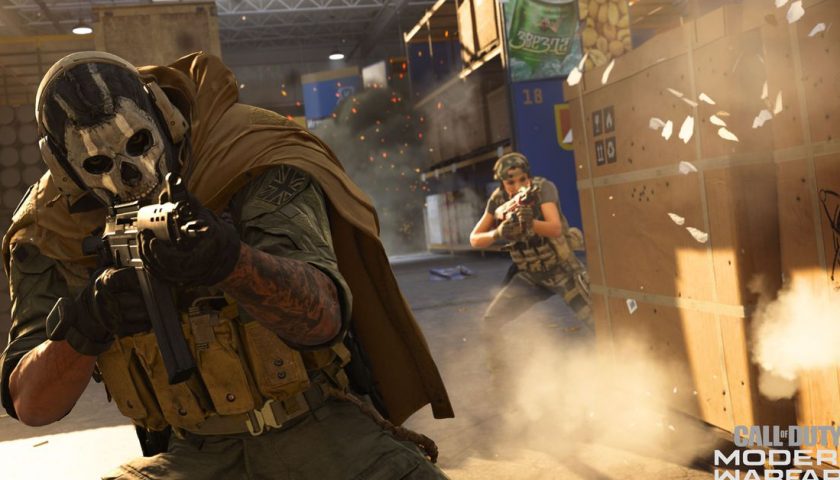 Call of Duty: Warzone garnered a reputation when it first launched: It ate hard drives for lunch. Since it housed the content of both Warzone and the latest mainline Call of Duty installment, there was a time when it was gobbling up 197 gigabytes on PC. Over time, the developers have worked to split Warzone off from its mainline brethren, bringing the current install size to a more reasonable 80 gigabytes on PC (though it’s a bit more than that on console). It seems that concerns about that install size are preventing a much-requested feature from being added to Warzone: going back to the original map.

Fans of the original Warzone map, Verdansk, would love to see it return. But Call of Duty live operations lead, Josh Bridge, told streamer TeeP, that it’s not currently possible.

“We want that. We all want that,” explained Bridge. “So there’s a technical problem. The install and reinstall sizes [are] f**king crazy.”

Bridge continued, explaining a possible scenario that would involve swapping in the older, fan-favorite map:

“If we pulled out Caldera and said OK, we’re going to drop in Verdansk — this could mean redownloading the size of Warzone. And every time we’ve done that, we lose players.”

It makes sense, given variable download speeds and even bandwidth caps. No one is excited about the prospect of re-downloading 80 gigabytes of a game when they’re just sitting down to play with some friends.

Other battle royale offerings, like Apex Legends and PUBG, have found ways around this problem, offering multiple maps at once, but neither are pushing the realistic art style of Warzone, which requires higher resolution textures. While Apex Legends is around Warzone’s install size at about 74 gigabytes, PUBG comes in at just 18.3 gigs.

The other option is to maintain just a single map, but constantly change its landscape through seasonal updates. Fortnite has adopted this model which, alongside its less realistic art style, allows it to hover around 30-40 gigabytes, depending on the platform.

In short, if you’re looking to take a trip back to the original Verdansk in Warzone, it’ll probably be a while. Such map changes don’t usually happen until the next Call of Duty mainline game is released. Currently that’s planned for late 2022, with a sequel to 2019’s Modern Warfare.