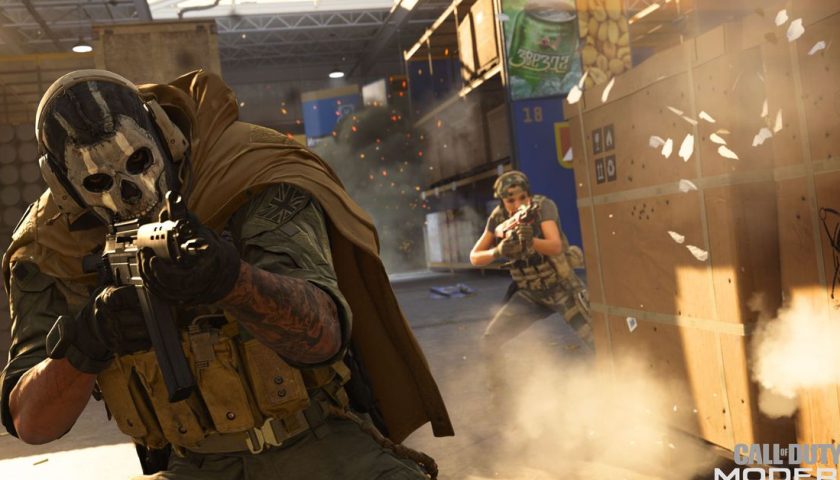 Call of Duty: Warzone is just a few weeks into season 4, so there are still a few balance tweaks to be made to the new weapons. In the latest Warzone patch, Raven Software is bringing nerfs to the C58 assault rifle and the Nail Gun.

After its addition with season 4, the C58 quickly proved to be one of Warzone’s strongest assault rifles, so it makes sense that Raven is trying to pull back some of that power. In the new patch, the weapon has slightly higher recoil, making its fire a little harder to control. Raven Software also applied a similar recoil nerf to the FARA 83, a weapon that’s been one of Warzone’s strongest for quite a while now.

The Nail Gun also got a nerf in this patch. According to Raven, the Nail Gun is supposed to be a deadly short-range weapon — which it definitely is. The problem is, the weapon was pretty great from medium range too, so Raven decided to nerf its effective range a bit so that it wasn’t so strong.

The patch’s other changes are mostly limited to some small tweaks that will make a few assault rifle barrel attachments less effective at mitigating recoil.

For a full look at everything that’s changing in Call of Duty: Warzone’s latest patch, you can check out the official patch notes.

The Nail Gun (BOCW) is and was meant to be a lethal, highly-mobile, short-range dominator. However, its Maximum Damage range far exceeded the lethal range of Shotguns, which it is intended to contest. The Nail Gun’s (BOCW) generous range and mobility allowed it to consistently dispatch foes at the same speed or faster than Shotguns at almost twice their effective range. While the Nail Gun’s (BOCW) pick rate has remained relatively low, we believe it would have been much higher were it more easily accessible.

We are satisfied with the overall direction of adding Recoil Control to BOCW Barrels. However, we would like the effectiveness of a Weapon to grow with the wielder as they improve. We felt with the magnitude by which recoil was being reduced, there was hardly any room left to master the control of these Weapons. We want Weapons to reward you for learning their reload timings, recoil patterns, and bullets to kill. Your proficiency with a Weapon should be a journey that is worked toward with an equivalent payoff. When we make Weapons too effective and too easy to control, there is no journey of mastery and we can become disinterested with these Weapons much quicker – which we feel can be a disservice. Even after these changes, we understand that there may still be incredibly effective and easy to control Weapons when enough Recoil Control is applied through attachments. We will continue to target these Weapons as they arise to ensure that they strike a satisfactory balance between upside and downside.