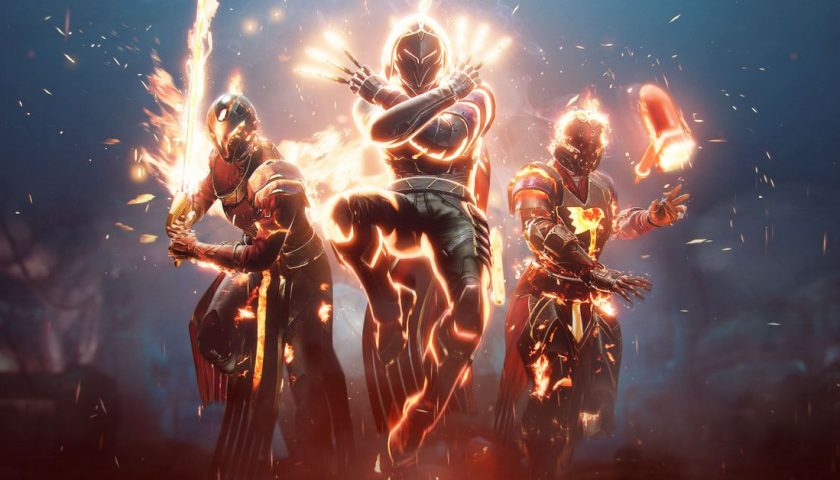 Solar 3.0 is coming to Destiny 2: Season of the Haunted. Guardians will be able to take up new, flaming abilities against their enemies in the game’s second revamped Light subclass. In anticipation of the new season, Bungie released a short developer video discussing some of the new changes.

Overall, Solar is moving away from the damage reduction it used to have — Overshields being a Void 3.0 thing — and instead focusing on the dual dichotomy of the sun: healing and burning. For example, all classes have access to healing grenades in Solar 3.0, spreading the healing identity to more than just Warlocks.

Each class has its own specialty, with Titans focused on ability damage, Hunters focused on weapon damage, and Warlocks acting as burning combat medics. Below is a per-class breakdown of the new Solar 3.0 abilities highlighted in Bungie’s video.

Titans have a new slam ability called Consecration, which appears to be an Aspect. The Titan can slide forward, flinging fire out along the ground; do an uppercut; and then slam back into the ground with a flaming smash. This looks like it takes the melee charge, but Titans can do this with throwing hammer or charge equipped.

Several times in the trailer, we see Warlock grenades shoot out additional fire bombs around the area. This is part of the Touch of Flame Aspect, which improves grenades in a variety of ways.

Incinerator snap is a new Warlock melee, which causes them to actually snap like Roy Mustang in FullMetal Alchemist. The ability sends a wave of flames in front of the Warlock, burning all targets to a crisp. However, if there’s just one target, the damage will combine onto the single foe.

More than once in the new trailer, we see a Hunter dive down and touch the ground with the tip of their knife, causing a little pulse of Light around them. It’s unclear what exactly this is, but it appears to be some sort of buff for allies.

Gunpowder Gamble is a new throwing ability where Hunters chuck a cluster of grenades taped together. While mid-air, Hunters can shoot the grenades to make them explode, dealing massive damage to the area. It’s currently unclear if this is a unique grenade to the Hunter, a melee override, or some other kind of ability.

All of these classes still appear to have their old Supers and many old abilities — all of which have likely seen some changes. However, it’s these new abilities that will keep fans excited for the opening days of Season of the Haunted.