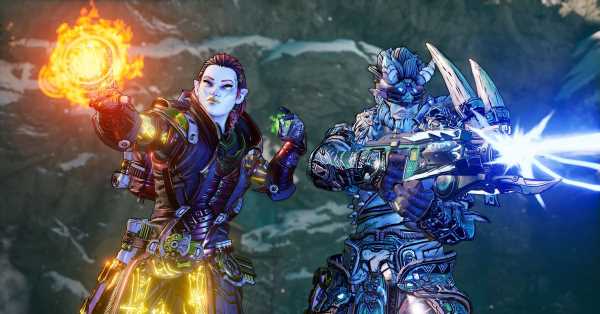 Tiny Tina’s Wonderlands, the Dungeons & Dragons-inspired fantasy spinoff of Gearbox’s Borderlands franchise, will feature full cross-play on all platforms when the game launches on March 25. Gearbox president Randy Pitchford announced support for cross-platform play across PlayStation, PC, and Xbox devices in a tweet on Sunday.

The announcement is notable because Gearbox’s most recent game in the franchise, Borderlands 3, added cross-play nearly two years after the game launched — but cross-play was not supported on the PlayStation 4 and PlayStation 5 versions of the game. Borderlands 3 publisher 2K Games required Gearbox to remove cross-play support from the game for PlayStation consoles in order to obtain certification to release the patch, Pitchford said in 2021.

Whatever issues Sony had at the time with Borderlands 3 cross-play, they appear to have been resolved for Wonderlands.

Tiny Tina’s Wonderlands, first announced during E3 2021, will launch March 25 for PlayStation 4, PlayStation 5, Windows PC, Xbox One, and Xbox Series X. On PC, the game will be a timed exclusive on the Epic Games Store. It’ll be available on Steam later.

For more on the game, read Polygon’s preview of the fantasy game that stars Will Arnett, Andy Samberg, and Wanda Sykes, with Ashly Burch reprising her role as Tiny Tina, the Dungeon Master of the Bunkers & Badasses role-playing game.