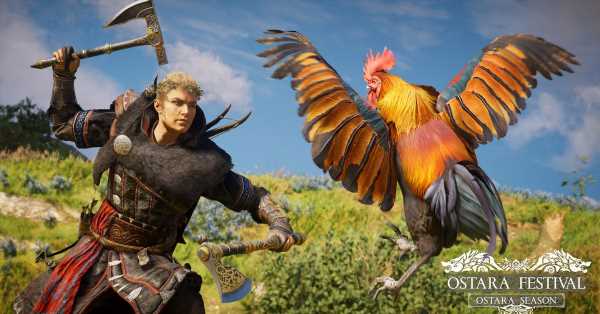 Assassin’s Creed Valhalla’s first expansion, Wrath of the Druids, will be released on April 29, Ubisoft Montreal announced Thursday. Players will sail their Viking ships over to Ireland to “unreal the mysteries of an ancient and mysterious druidic cult,” Ubisoft Montreal said in a news release.

Inspired by Gaelic myths and folklore, Wrath of the Druids has players tracking cult members and “gaining influence with Gaelic kings.” It’s the first major expansion for the Assassin’s Creed game that was released in 2020. It’ll cost $24.99 as a stand-alone item, or available as part of Assassin’s Creed Valhalla’s $39.99 Season Pass, which will provide other content, too.

Ahead of the update, though, a new festival — the Ostara Festival — is running until April 7 in the Viking home base, Ravensthorpe. In the news release, Ubisoft described it as an “Easter-themed” festival with spring decorations, new skills, and three new character quests. The character quests are an Easter egg hunt, “the May-Queen celebration,” and a quest wherein Eivor must protect the settlement from “night spirits.”

Ubisoft also added the ability for players to transmog their armor — but players aren’t too happy about the price for the cosmetic adjustments.

Elsewhere in the patch, Ubisoft has also made sure there are more cats throughout England. Players might not be happy about how transmog works, but more cats is something everyone can get behind.