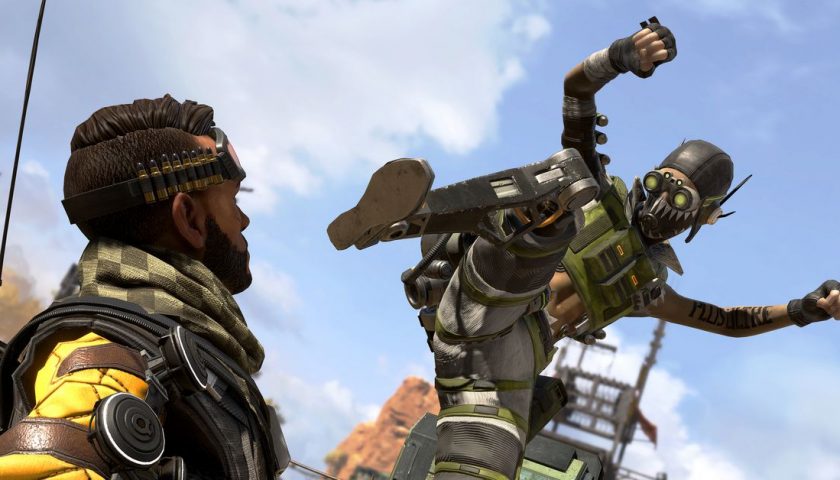 Apex Legends’ developers will patch out “tap strafing,” a form of player movement used mainly by PC gamers that allows them to make sharp turns to evade or counterattack less mobile opponents. Respawn Entertainment on Tuesday tweeted that the method would be eliminated with the next patch.

Tap-strafing is basically a hard, mid-air turn that PC players have developed to be more mobile on the playing field. It’s a legal maneuver, not a glitch or an exploit. While gamepad players can technically tap-strafe, it’s far easier to execute with a keyboard-and-mouse setup. PC players can also bind Apex Legends’ jump command to their mouse’s scroll wheel to help them tap-strafe and change directions with even more precision.

This how-to from YouTube Dazs explains tap-strafing in Apex Legends and its usefulness:

In the tweet on Tuesday, however, Respawn said tap-strafing is “inaccessible” — meaning to some players, in a game that fully supports cross-platform play. Tap-strafing also “lacks readability/counterplay, and is exacerbated by movement abilities.” Octane’s Launch Pad ultimate (a jumping pad that anyone may use) takes on greater influence over a match when tap-strafing players use it and the double-jump it confers.

Respawn’s decision met jeering from Apex Legends players in the game’s subreddit. Some complained that tap-strafing’s inaccessibility to gamepad players is a moot issue when PC players are, by default, matched with other PC players and not console users. (That said, some PC players may still use a gamepad.) Others called this effectively a nerf to PC players on the whole, who now face gamepad players with an aim assist they consider an unfair advantage, rather than a balanced accommodation.

The discussion was quickly joined by calls for input-based matchmaking, which would leave tap-strafing in while confining that ability to games where every player could use it equally. That seems unlikely, as Respawn in the past has trimmed out legal meta-techniques, like “zip-line spamming” or “bunny-hop healing,” that the studio didn’t develop intentionally.

Respawn said tap-strafing will be gone as of patch 10.1, though its deployment date isn’t clear. Respawn typically issues midseason patches and the 10th season, Emergence, premiered on Aug. 3 and runs to Nov. 2, so a mid-September fix could be on the menu. Already, Respawn has nerfed the new character Season 10 introduced, Seer, in an omnibus balancing patch run out last week.