Red Dead Online is receiving a beefy update today, with new activities and goals for players to chase. While the new Frontier Pursuits system is the highlight of the patch, there’s a lot more under the hood, including changes to movement and animations, and a season pass style set of rewards. We break down the latest patch and how it changes both the frontier and the outlaws who roam it.

Frontier Pursuits are essentially professions that players can level up through regular play. Players can freely switch between them, although it’ll be slower to switch between them than focusing entirely on one Pursuit. There are unique rewards, activities, and cosmetics for each Frontier Pursuit. Rockstar says there are more to come, but so far, we’re starting with the Bounty Hunter, Collector, and Trader.

Become a Bounty Hunter for a life of constant action. A licensed Bounty Hunter can track down targets and capture – or kill, depending on how honorable you are in your pursuits. Occasionally, a nearby player with a high enough bounty can also be a designated target.

The life of a Trader is perfect for burgeoning capitalists as you establish and develop a business from your Camp. Thanks to your trusty companion Cripps’ knowledge of furs, skins and butchery, you’ll be able to take on new opportunities to collect materials and produce valuable goods to sell.

A Collector loves to explore the world for rare and valuable items. Look for a mystic traveling saleswoman in the wild to get started down the Collector’s path, searching for lost jewelry, rare arrowheads and other treasures to sell as individual pieces or highly valuable sets.

There are also four new Free Mode events that can be unlocked through Role progression: Manhunt, Day of Reckoning, Salvage, and Trade Route. There are a host of cosmetic and practical goodies as well, ranging from special ammo to hair and beard types. A wealth of the new content must be unlocked via Frontier Pursuits, making this by far the heftiest and most appealing part of the update. 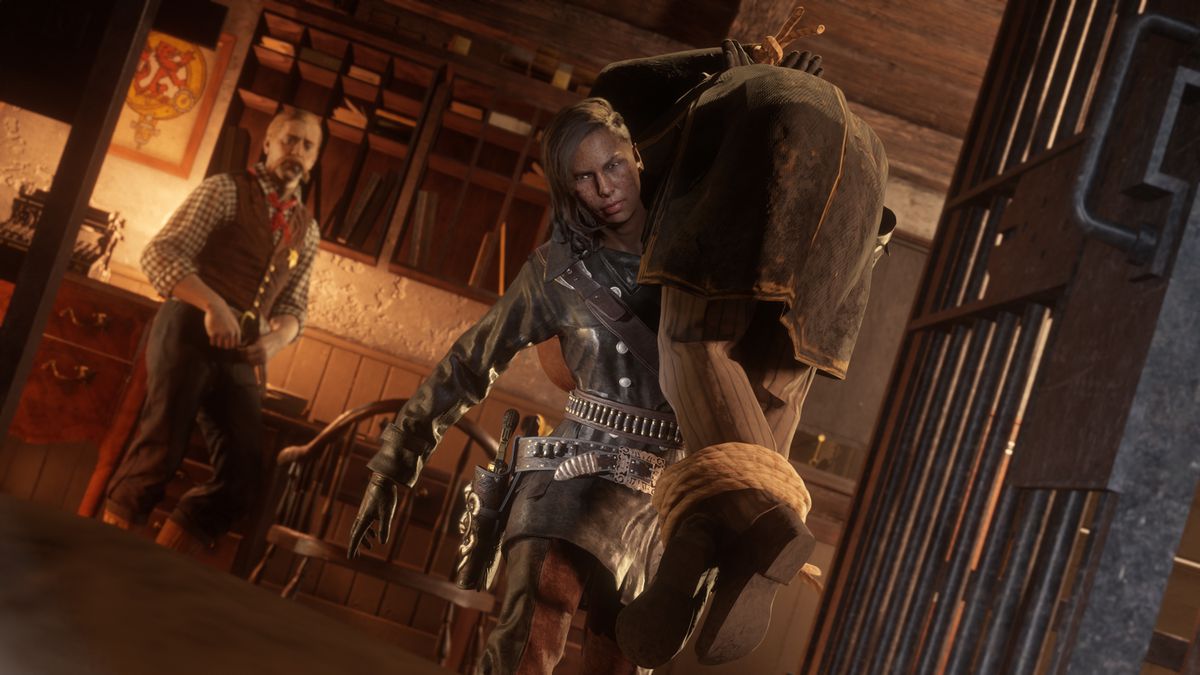 A good part of the fun in Red Dead Online is customizing your cowboy, and Patch 1.11 brings more cosmetic content to the game. There are new clothing pieces, outfits, beards, and hairstyles in the game to unlock, as well as more custom outfit slots so players can save their favorite combos.

Red Dead Online is also getting a season pass-style unlock system called the Wheeler Rawson and Co. Club. Players are automatically signed up with no cost, and playing between Sept. 10 and Nov. 18 unlocks rewards. Players can also spend gold bars to upgrade their pass, which grants them more rewards. These are permanent, and anything earned will persist on the player’s account forever.

Rewards include exclusive emotes, photo studio poses and backgrounds, and four new weapon style modifications that can be unlocked via the Gunsmith.

Both passive and ability cards are getting modified across the board. There are nine new passive cards (some of which are exclusive to the PlayStation 4 for a period of time before launching on the Xbox One.)

Dead Eye Ability Cards now consume more Dead Eye upon the start of the ability, and have seen some balance changes. Slippery Bastard is being reworked so that it no longer prevents player lock-on, but applies a hefty penalty to weapon accuracy spread.

Upon logging in, it’s worth the time to go through your ability and passive cards and see if your loadout still works. It’s a pretty comprehensive set of changes, and you want to ensure that your deck of cards still suits your playstyle. 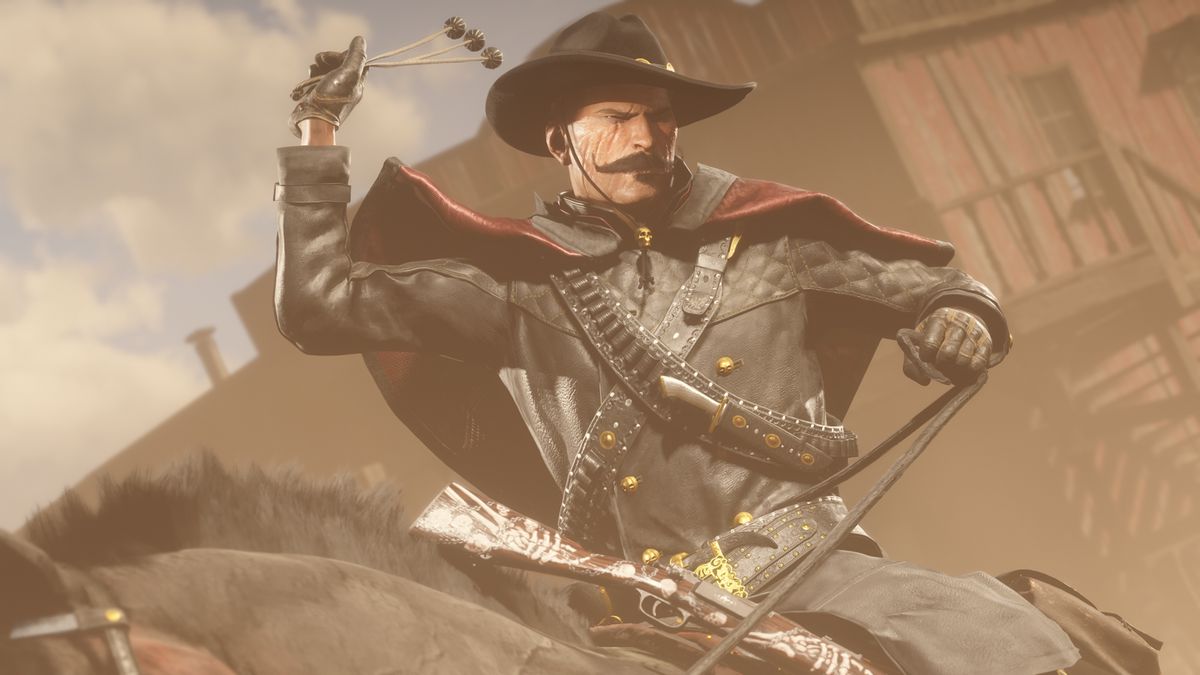 There are a sweeping set of changes to movement, combat, and gunplay in Red Dead Online. These changes are designed to remove a lot of the pain from Red Dead Online’s movement and make it smoother. Looting no longer requires players to pick up a body, animations are smoother, body shots do more damage to reduce the “bullet sponge” feeling of enemies, and players will see directional damage indicators on their screen.

These are just a few of the biggest changes that will affect quality of life — essentially, everything should be a little quicker and the clunkiness of gameplay should be reduced. Even melee is getting a re-tune: players can now shove their opponent to the ground without tackling them, the direction of an attack affects the success of a grapple, and tackling, grappling, and breaking out of holds have all been sped up. (Hog-tying has seen similar changes, and it should be quicker to both tie someone and break free from another player’s lasso.)

The amount of stuff a player can have in Red Dead Online has been increased. Instead of five horses, players can have ten. We can now save up to seven custom outfits (and name them), instead of three. Hunters can carry a maximum of 50 animal pelts in their horse cargo.

Jewelry and watches now sell for more, and they’ll drop more often off enemy bodies. In addition, the chests and lockboxes found in camps and on vehicles will now be filled with additional loot and valuables, which should make looting an area a significantly better time investment.

Finally, players can re-customize their character once for free. Any other alterations beyond that will require a fee, so it’s worth jumping in and spending a long time ensuring your character’s cheekbones are just right.

You can find Rockstar’s full patch notes here, which go over every change to the game. It’s a substantial list overall, and players should expect a different Red Dead Online than the one they left pre-patch.