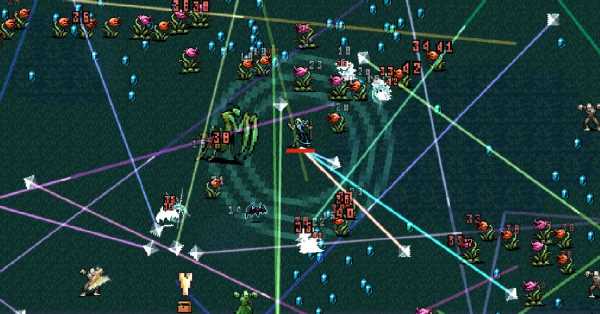 In Vampire Survivors, you can collect a variety of weapons and upgrades to help fight the armies of the damned and survive those titular vampires. But to really reach the heights of power, you’ll need to evolve your weapons by combining them with an item (in most cases, at least).

In this Vampire Survivors evolution chart for weapons, we’ll show you all the game’s different weapons, answer whether they have an evolved form or not, and explain how to evolve them.

[Ed. note: This guide was last updated on June 29, 2022 and is up to date with Vampire Survivors patch 0.7.36. We’ll update this guide further if future patches add additional item evolutions.]

Each time you level up in Vampire Survivors, you’ll be able to select a random weapon or upgrade item to add to your character. Each run, you can accumulate up to six weapons and six upgrade items.

By choosing the same weapon or item the next time you level up, you can upgrade them to a higher level, altering their functionality or increasing their stats. Each weapon can be upgraded eight times, and items can be upgraded five times.

Weapons and items (mostly) have different strengths, so you want to mix and match various effects to make powerful builds. However, some weapons can actually pair up with a specific item, transforming and evolving the weapon into a much better version of itself.

Just having the weapon and its corresponding item isn’t enough to make them evolve, though — there are some other things to do first:

Note that chests usually won’t drop evolved weapons until after you’ve survived for 10 minutes, even if you meet all the other requirements. It’s also worth noting that if you have multiple items ready to evolve, the next chest you pick up will randomly select which of your ready-to-evolve items you receive.

Below is our weapon evolution and upgrade chart, updated for patch 0.7.36. There are a few weapons items on this list that you aren’t able to evolve yet. They’ll likely receive evolved forms in a future patch.