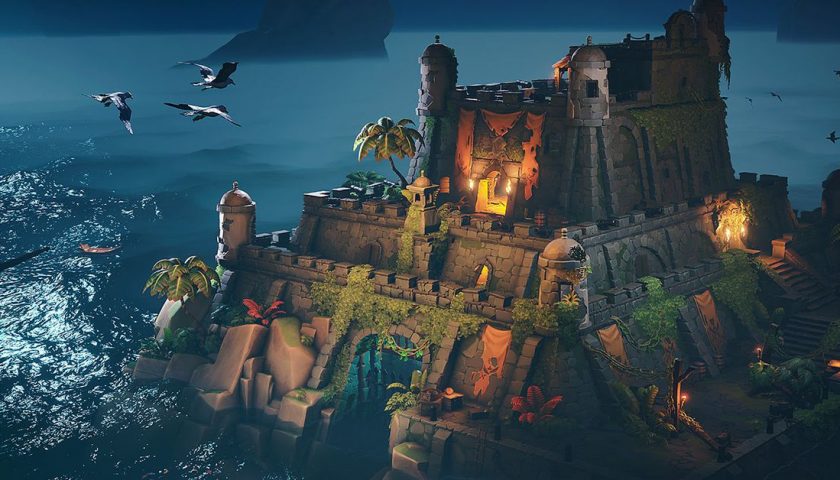 The next Sea of Thieves adventure starts on Thursday, and it tasks pirates with the goal of saving the poor denizens of Golden Sands Outpost. Adventures are a relatively new addition to Sea of Thieves; these limited-time narrative events are meant to add a sense of liveliness to the world. Even if players weren’t there for the first Adventure, they can tag in for this one.

Rare has released a short cinematic trailer, which gives fans some interesting lore implications to chew on. We find out that the inhabitants of Golden Sands Outpost are being kept in one of the game’s new sea forts, which are elaborate stone structures that rise from the ocean and are stuffed full of treasure and riches. We’ll have to tangle with Captain Flameheart again, as well as ghostly Spanish sailors, in order to bring them home.

Forts of the Forgotten looks like it contains some major lore for Sea of Thieves fans to pore over. The Sea of Thieves setting is outside of our usual world, a fantastical place where would-be pirates and adventurer seekers sail in order to seek their fortune. Officers of the Spanish fleet being around is very interesting, even if they’re ghosts.

Forts of the Forgotten starts on March 24 and runs through April 7. Sea forts will remain in the game, but the Golden Sands rescue and sparring with Captain Flameheart will be a limited-time event. It’s an intriguing format for stories, and we’ll likely see it grow into something more elaborate with successive installments.