Along with this year’s Steam Summer Sale came the “Steam Grand Prix.” It’s a racing-themed metagame that rewards customers for buying and playing games through Valve’s online marketplace. Trouble is that for the first two days it didn’t work right. Making matters worse, confusing rules appear to have hurt some developers.

In a blog post today, Valve said it will make changes to the code to make the game work right. More importantly for developers, it clarified what participants need to do in order to win free games.

Here’s how it’s supposed to work: Upon logging into Steam, you’re invited to join in the Steam Grand Prix (it’s free). Step one: choose a team, all of which are themed after cuddly animals. Then you win points that you can spend on your team by buying Steam games and playing games you already own through that service. Players choose how to spend these points in the Grand Prix; they can speed the little driver on down the track, or choose to hinder opposing teams.

Unfortunately, the system that underpins the race itself was busted at launch. 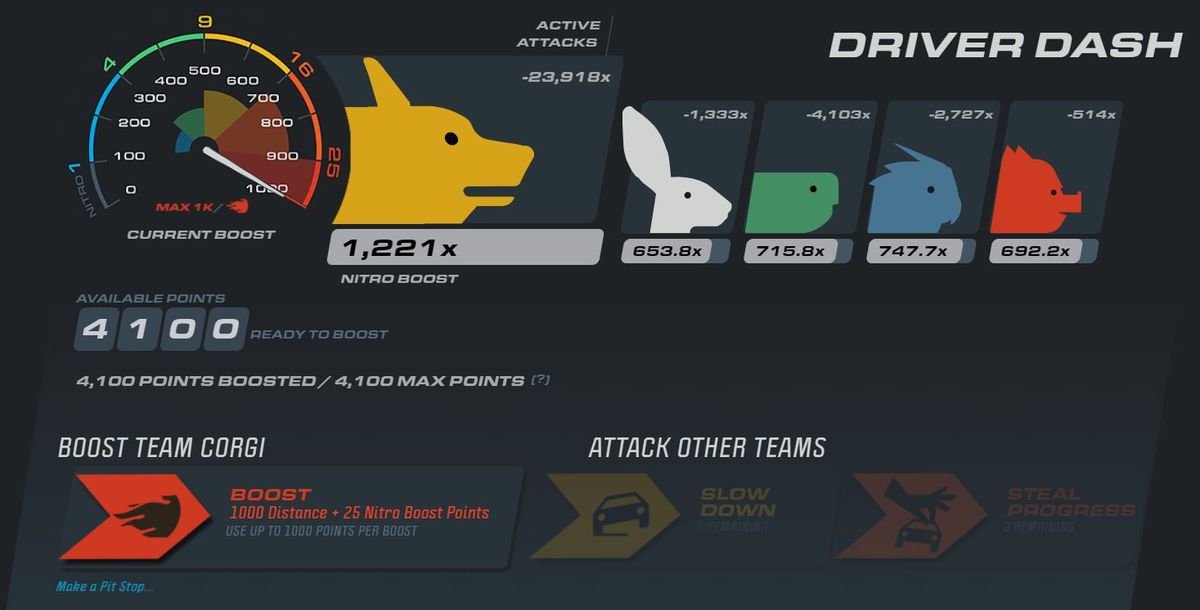 “We want to apologize,” Valve wrote on its blog, “for the broken mechanics that have led to an unbalanced event. Based on your feedback, we’ve made some updates to the game.”

In short, those “updates” have been to better balance the teams. Just about everyone hopped on Team Corgi on day one, allowing that team to get way out in front. Now Valve has done … something … to help make things more competitive.

“We’ve made some back-end changes to help mitigate some of the snowball effects we’ve seen that have led to Team Corgi running away with the first two days of the races despite their tiny legs,” Valve said. “We’ve changed some code to help deal with the imbalanced team sizes across the board.”

I captured an image of the leaderboards both before and after the blog post, and things appear to have narrowed a touch. I imagine things will change even further over the next few days. 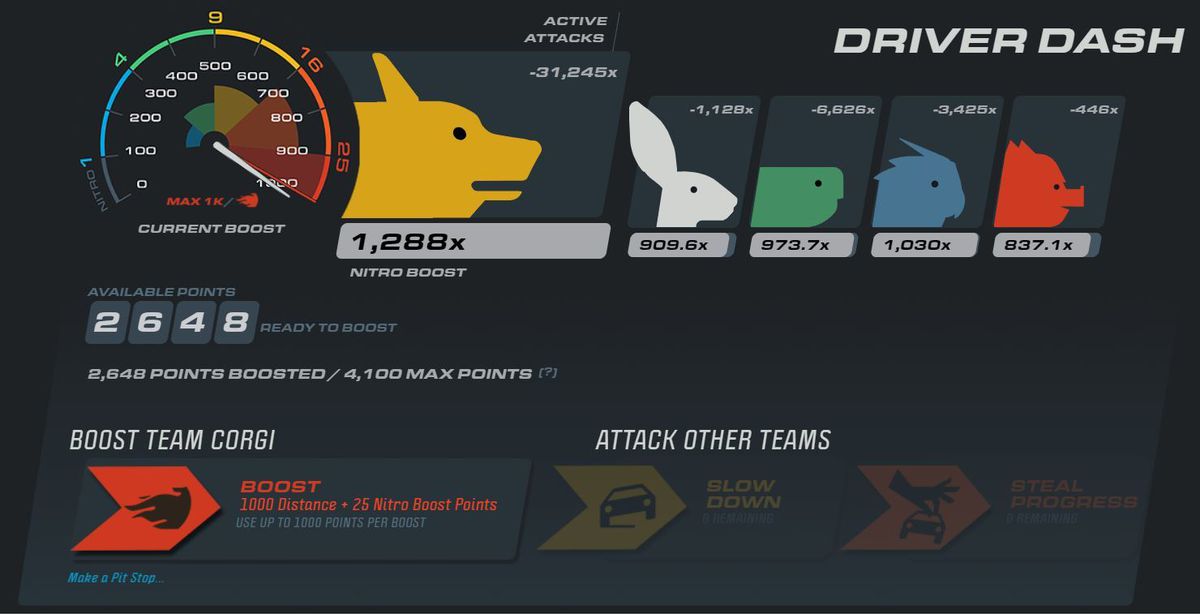 … and rankings shortly after today’s blog post. Racers are still in the same order, but the gaps in the field have narrowed somewhat.
Valve

This is important information for Grand Prix participants, because members of the winning team each day will be selected at random to receive games from the top of their Steam wishlist. But therein lies the game’s other problem.

People very rarely look at their Steam wishlist, and prompting them to revise it — to actually put a little time into ranking the games on their list — has apparently led users to delete games from their wishlist entirely.

The Steam wishlist is one way for consumers to sort through the thousands of games going up on the platform every year. But, it’s also a way for indie developers to get Valve’s attention. If a game shows up on more wishlists, it has a better chance of being featured on the Steam marketplace, earning tiny developers priceless visibility on the world’s largest online video game marketplace.

So when people delete games from their wishlists, that’s a big deal for indies. Many are reporting that the current Steam sale has led to massive spikes in wishlist deletions.

Right now, on Twitter especially, there’s quite a bit of hand-wringing going on. Developers are trading disturbing graphs showing their games being deleted from wishlists en masse. The spike in the graph always coincides with the start of the current Steam sale.

That’s leading some to blame Steam outright for damaging their tenuous relationship with potential customers, and ultimately costing them money.

Polygon reached out to several indie developers involved in the conversation on social media. Responses varied. Some aren’t seeing spikes at all, while others are clearly suffering. Valve has heard the message, and issued a second apology alongside the first.

“We designed something pretty complicated with a whole bunch of numbers and rules and recognize we should’ve been more clear,” Valve wrote on that same blog. “We want to apologize for the confusion that this has caused.”

That apology has come with a handy GIF, showing Steam users what they need to do to spruce up their wishlist should they be lucky enough to be randomly selected to win something. In the animation nothing gets deleted.

Unfortunately for some developers, the damage has already been done.

If you’re a developer selling your game on Steam, we’re interested in your experience with this year’s Summer Sale and contest. When the dust has settled, explain how your wishlist graph looks in the comments below, or shoot me a private message or an email with details.

Polygon has reached out the Valve for additional comment.