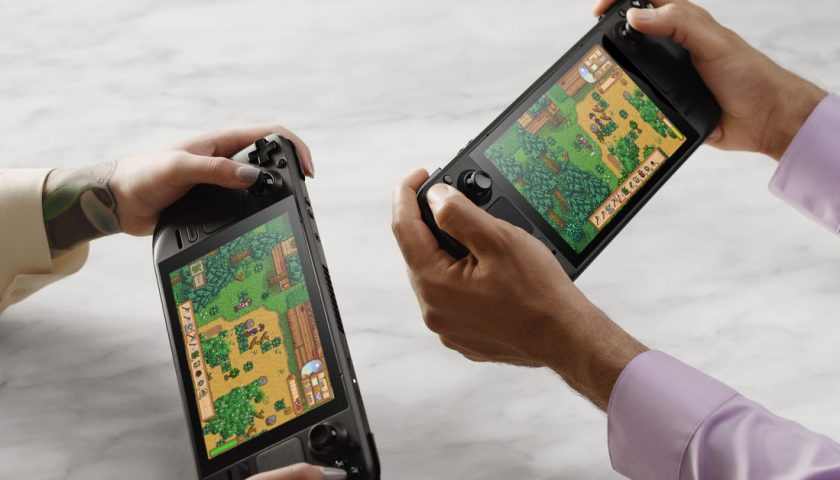 Valve is introducing a rating system that will let players know which of Steam’s 50,000 games are compatible with the Steam Deck, the handheld gaming PC due to launch by the end of the year.

Steam Deck Verified, as the metric is called, will peg a game as fully compatible, partially compatible, or incompatible with the Steam Deck. Officially, these categories are verified, playable, unsupported, and unknown.

“Any verified game is a great, smooth experience on Deck,” says the narrator in the video above. Playable means “they’ll require a little more manual involvement to configure and play.” Unsupported means the game “just isn’t playable on Deck.” Unknown means the game hasn’t been evaluated yet for its Steam Deck playability.

Verified games have full controller support, support Steam Deck’s default resolution (1280×800 or 1280×720), and other basic capabilities. The first tab in the Steam Store, as shown on Steam Deck, will only show games that are “great on Deck.” Users’ game libraries will have compatibility badges shown prominently on each title.

Steam Deck Verified’s official page says Valve is reviewing the entire Steam catalog for its compatibility. A game’s rating may also change, as developers provide post-release support or options that include Steam Deck — or as Steam Deck’s software improves.

Steam Deck, announced in July, launches in December with units starting at $399. The handheld features a 7-inch touchscreen. Players can also purchase a dock that allows the Steam Deck to run on a TV, like the Nintendo Switch.

Storage, however, may be a big shortcoming for the Steam Deck. The base model only offers 64 GB; a $529 mid-level option has 256 GB of space; the top-shelf $649 Steam Deck has a 512 GB solid-state drive. Even though the unit can be opened up by users and the hard drives may be replaced, Valve is strongly recommending folks don’t do that.