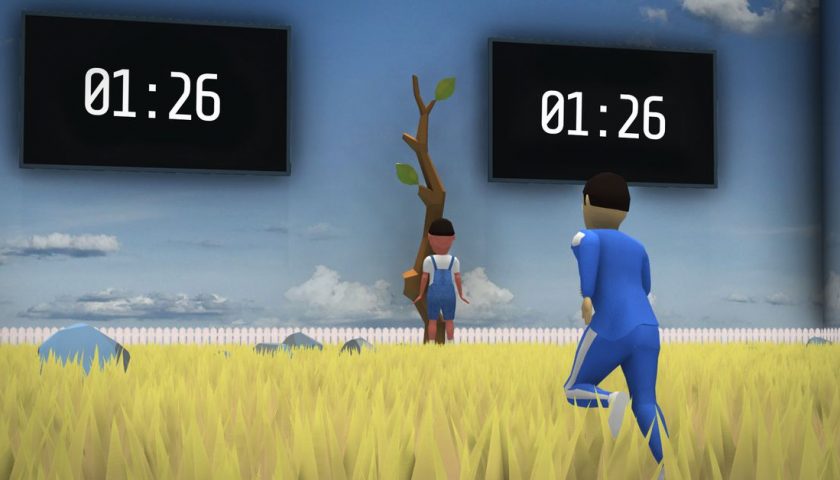 Netflix’s Squid Game has been inescapable since the hit streaming series debuted in September, and while there’s no official video game based on Hwang Dong-hyuk’s action-drama (yet), there’s a pretty solid multiplayer knockoff out there: Crab Game.

Crab Game was released on Steam in late October and has two major selling points: It’s basically a Squid Game multiplayer game, and it’s free. Players can hop into lobbies and play a series of deadly playground-inspired battle royale games, including games featured in Squid Game, like red light/green light. The show’s terrifying glass bridge is a set of icy stepping stones in Crab Game, for example.

But since some Squid Game fare wouldn’t translate to frenetic multiplayer mayhem (eg., marbles, ppopgi), classic alternatives like tag, the floor is lava, and hide and seek round out the list of playable games in Crab Game.

Crab Game is already a hit on Steam, with more than 30,000 concurrent players as of Tuesday. On Twitch, it’s pulling in more than 20,000 viewers, putting it ahead of streaming favorites like Final Fantasy 14 Online, PUBG Battlegrounds, Overwatch, and Rocket League.

Developer Dani — who also made the popular, free survival game Muck — is pretty frank about Crab Game’s inspiration and the game’s slapdash, lo-fi development. In a silly, 14-minute making-of video, Dani says of Squid Crab Game, “This stupid trend is dying faster than my will to live, so we have to finish this game quickly. So let’s make an entire multiplayer game with proximity chat and nine game modes and 30 maps in two weeks.” Then he proceeds to do it, with the help of game development software Unity, free animations, Steam multiplayer tools, and some talented friends.

You can download Crab Game for Windows PC on Steam. Mac and Linux versions of Crab Game are available on Itch.io, but they require Steam running in the background. Oh, and, Dani also notes, “I have no idea if this works, haven’t been able to test since I don’t have a mac or linux.”