For people who play twitchy shooters, or eSports titles, a monitor’s refresh rate is a higher priority than its size, resolution, or niceties such as HDR or wide viewing angles. While monitors with a 144Hz refresh rate will suffice for most gamers, there are a select few gaming monitors that deliver insanely high 240Hz refresh rates. The MSI Oculux NXG251R (See it on Amazon) is one such monitor, and in addition to its 240Hz refresh rate, its 24.5-inch TN panel features a 1920×1080 resolution, a 1ms response time, and Nvidia’s G-Sync technology to prevent frame tearing. At $400 (street) the Oculux NXG251R from MSI is one of the least expensive 240Hz monitors with G-Sync on the market, but should anyone other than a twitchy eSports gamer consider it? 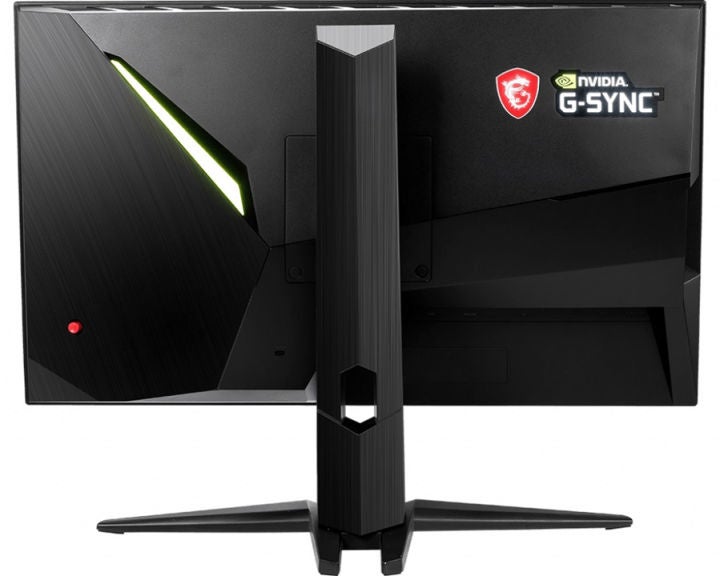 From the front, there is no way of knowing who made this monitor. It is utterly and blissfully devoid of branding. There’s no logos, no model number, no nothing. On the back panel though you’ll spot the red MSI shield next to a large Nvidia G-Sync logo. The shield and logo are illuminated, and there is also a strip of green light (read: Team Nvidia) on the other side of the back panel that adds a little flair to the display. A tiny, white LED sits next to the power button on the bottom edge of the display and it’s a clever and appreciated addition as you can’t see its light until your finger is directly underneath it, at which point it helpfully guides you to the power button.