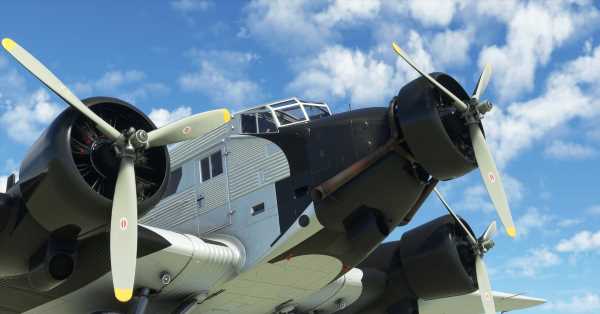 Asobo Studio and Xbox Game Studios are working to add dozens of historic aircraft to Microsoft Flight Simulator. Called the Local Legends series, it will kick off with the rare three-engined Junkers Ju 52 on Sept. 7.

The Ju 52 is a transport plane developed in the 1930s. Over its operational life, the trimotor has had many roles, including airliner, troop transport, and bomber. But the 90-year-old airframe is notoriously difficult to maintain. Head of Microsoft Flight Simulator Jorg Neumann tells Polygon that his teams’ goal is to help maintainers and curators fight “the tooth of time” by creating a digital archive within Microsoft Flight Simulator.

“We think about this almost like a digital museum,” Neumann said. “We go in and we […] scan the plane down to a millimeter. And then we talk to people who really know specifics.”

To research this historic aircraft, Neumann said that his team interviewed current and former pilots. They also spoke with the grandson of Hugo Junkers, the man who originally helped to design and manufacture it.

“We want to preserve these planes in perpetuity,” Neumann said. “At some point, the real thing will be gone. There will be nothing, and there’s nothing anybody can do about it. So it makes me happy because we make these digital scans, we built the plane, we give that to the museums that we work with, and we also give them a donation.”

Neumann said that his team is currently working with over 40 museums around the world on similar projects, and that the Local Legends series will continue to roll out for years to come.