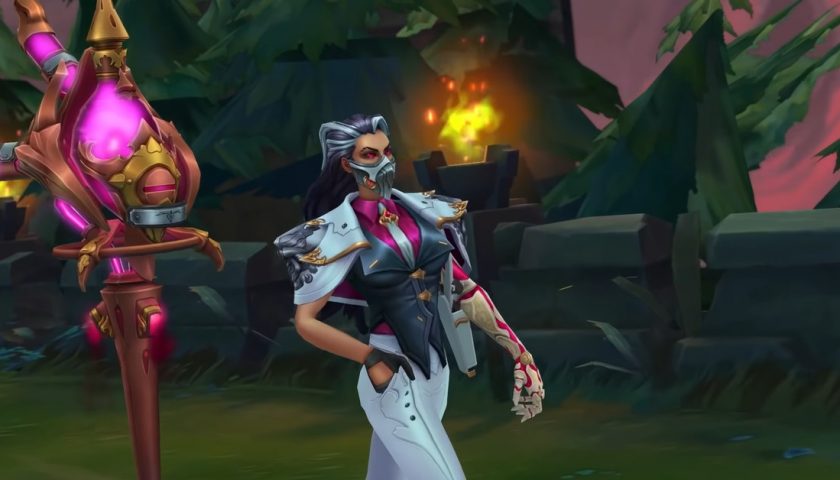 On Tuesday, Riot Games revealed the newest champion coming to League of Legends, and she’s quite a distinctive figure. Renata Glasc is the Chem-Baroness, a powerful mastermind in the city of Zaun. She uses her augmented limbs and alchemical concoctions in order to heal her allies and shut down her enemies.

Fans have already fallen in love with Renata, despite the fact that we haven’t gotten to play the champion yet. While her kit is very interesting, it’s possible she may not be a strong champion for competitive play. However, for the fans who love her visual design and aesthetics, that doesn’t matter — they’re all aboard the Glasc train, hooting and hollering. It helps that Renata is an older, broad shouldered woman with grey hair, wrinkles, and muscles. For a game with so many hot, slim characters, this is genuinely refreshing for many players.

Some fans are a little less verbose with their praise; they just like Renata Glasc, and they hope you like her too. People are already drawing fanart, preparing cosplays, or secretly hoping that Ms. Glasc will smooch another champion from the League roster.

Some people have noticed that Renata’s ultimate ability, Hostile Takeover, is potentially very silly. When Renata pops her ultimate, she sends out a burst of chemicals that hijack her enemies, forcing them to attack whoever is around them — with their own allies being at the top of the priority list. It’s a comical thought, and League of Legends fans are already concocting some great memes.

Renata will be coming to League of Legends proper in patch 12.4, so players will be able to get to actually control her powerful array of abilities in about two weeks. At some point before that, Renata will be put on the test realm so Riot can see whether the champion works as expected. One thing’s for sure — she’s already earned herself a warm welcome. I, for one, would take a bullet for Renata Glasc.