Kerbal Space Program has a devoted following, more than four years since its full launch (and almost a decade in some form of access overall). Proof of that can be found in every inch of this gorgeous custom controller, which uses a nearly 40-year-old TI-99 computer, plus 3D-printed parts, to deliver a fully functional control panel.

The controller is called the “Kerbal Space Program All-in One Throttle and Stick and Button Box and Keyboard,” or “KSP-AiOTaSaBBaK” for (not really) short. The creator doesn’t identify themselves in an extensive Imgur post on its creation, otherwise for sure we’d drop the name credit here. Maybe they don’t want to get bugged to make a copy for fans who are just as wowed as we are. Hat tip to Twitterer SanbornVR, a PC gamer and VR/AR enthusiast, for finding it.

Update: Redditor MelkorsGreatestHits claims credit for the creation! There is a Reddit thread on the controller in the DIY subreddit.

The controller has lots of clicky flip up switches and a descent-stage controller modeled on one from Project Apollo. There’s also a very loud alert klaxon that the creator had to make a little less annoying. Check out the build post on Imgur for a ton of pictures, some animated and showing the KSP-AiOTaSaBBAK’s parts in action. 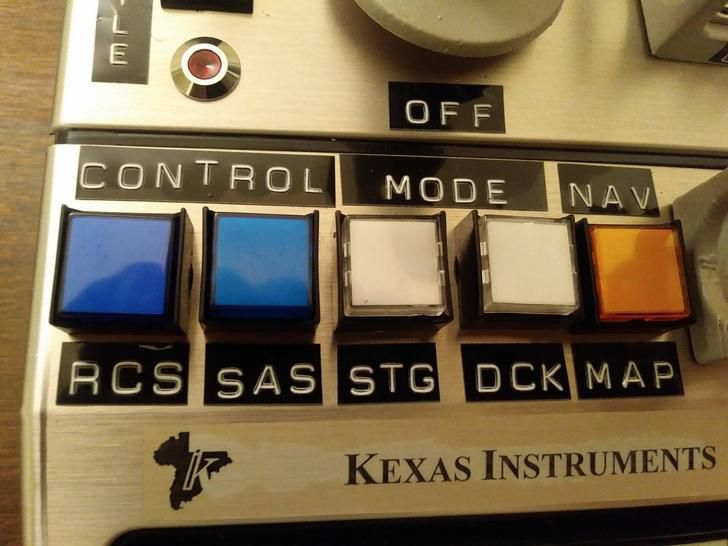 Kerbal Space Program 2 was announced about two months ago at Gamescom. The game is being made by Seattle-area indie studio Star Theory Games for publisher Private Division (a Take-Two Interactive indie label). Players can expect to colonize the Mun (planet Kerbin’s natural satellite) when it launches in March 2020 on Windows PC, with a version coming later to PlayStation 4 and Xbox One.