Nothing is more sacred than your name in World of Warcraft. It’s the first thing players see about you, and the name your raid leader will shout when you stand in the fire and ruin the fight. Naming yourself is a task that you can’t rush, even in the excitement of Blizzard-run Classic servers.

To prevent that kind of stress on day one, Blizzard opened up a piece of World of Warcraft Classic a little early. Players can now reserve their server, character class, race, and name. 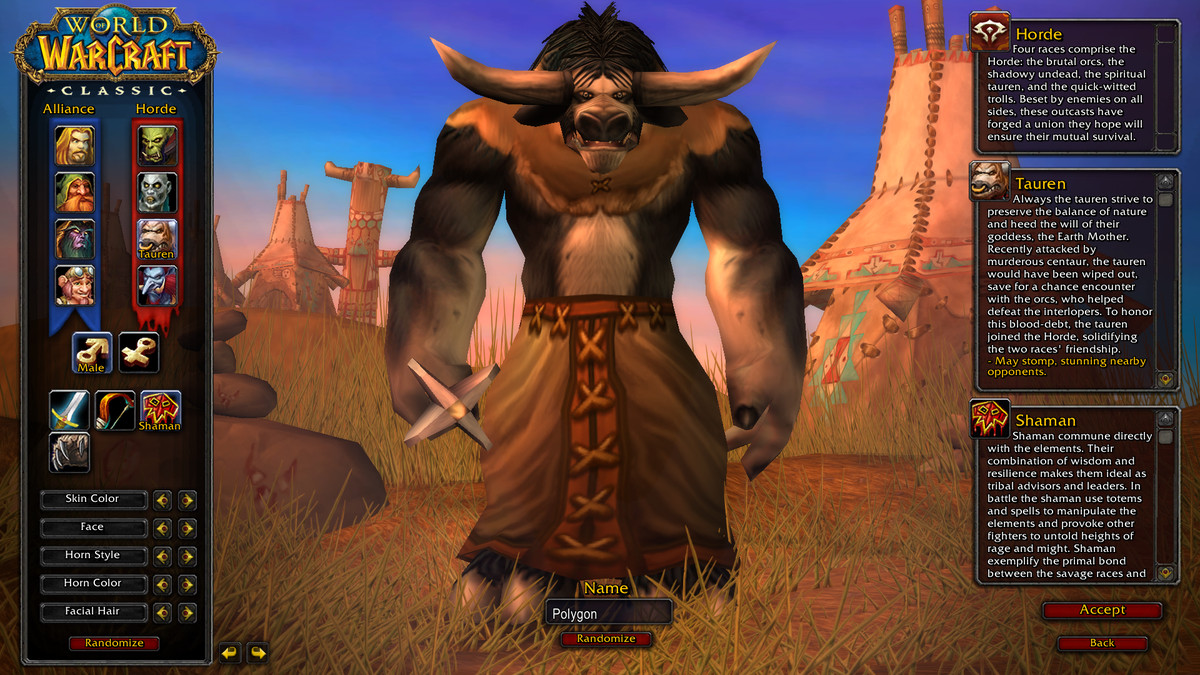 When you’re in the game, select a server, faction, race, and class. You can fully customize your character’s look as well as their name. After you create your character, you don’t have much to do other than wait for World of Warcraft Classic’s Aug. 26 release date. Note that you must have a active World of Warcraft subscription to reserve your Classic characters.

Blizzard’s blog post for the name reservation feature comes with a few important things to consider before creating your character. During this reservation period, you can only make three characters, so choose wisely. When the full game launches, players can make up to 50.

Players who choose to play on a PvP server can only make characters of their given faction on that server. For example, if you play Horde on the Fairbanks server, you won’t be able to make any Alliance characters on Fairbanks.