Halo: The Master Chief Collection has only been out on PC for a day, and players are already using the modding system for evil. The current mods are pretty basic, but still extremely cursed.

On the modding site Nexus Mods, which hosts mods for hundreds of games, there are currently three mods available for Halo: The Master Chief Collection. Each of the three mods only replaces very basic game files, like the cursor in-game or the background of the menu.

Here’s our definitive ranking of those mods: 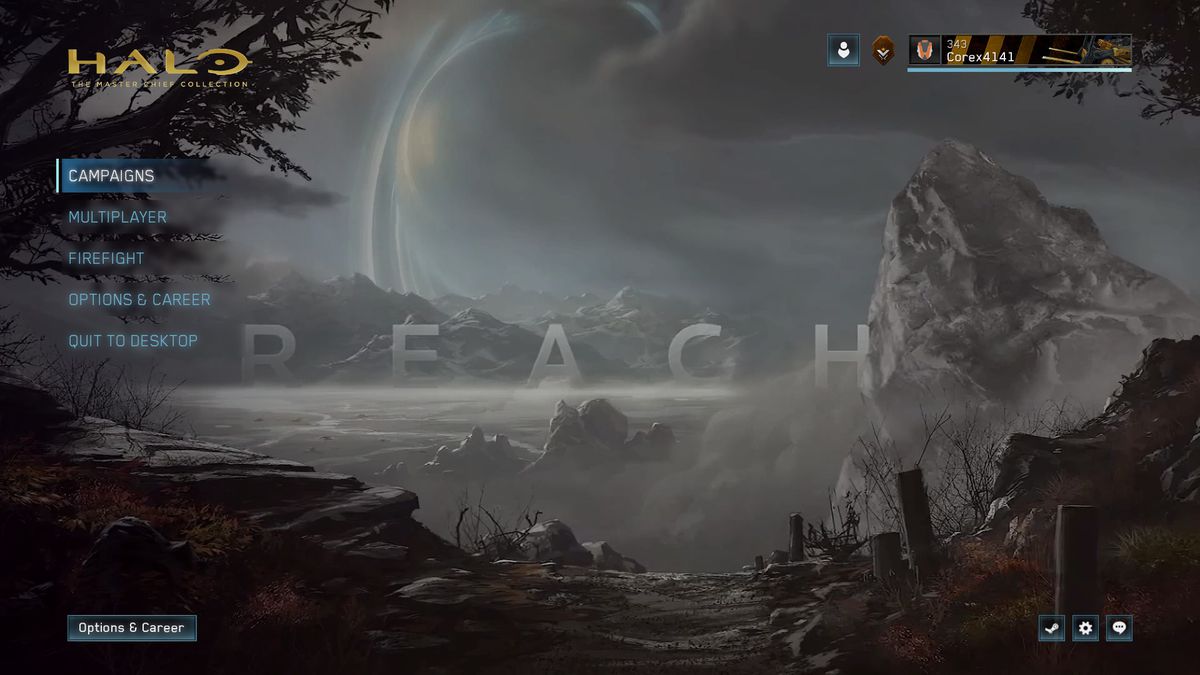 This is the only wholesome mod anyone has made so far. It replaces the standard background for the Master Chief Collection with the original release menu background from Halo: Reach. Good content.

It does exactly what you think it should. If you want pizza instead of a regular mouse cursor, this is the mod for you, I guess. This mod is neutral, it’s neither bad nor good, it is only pizza. 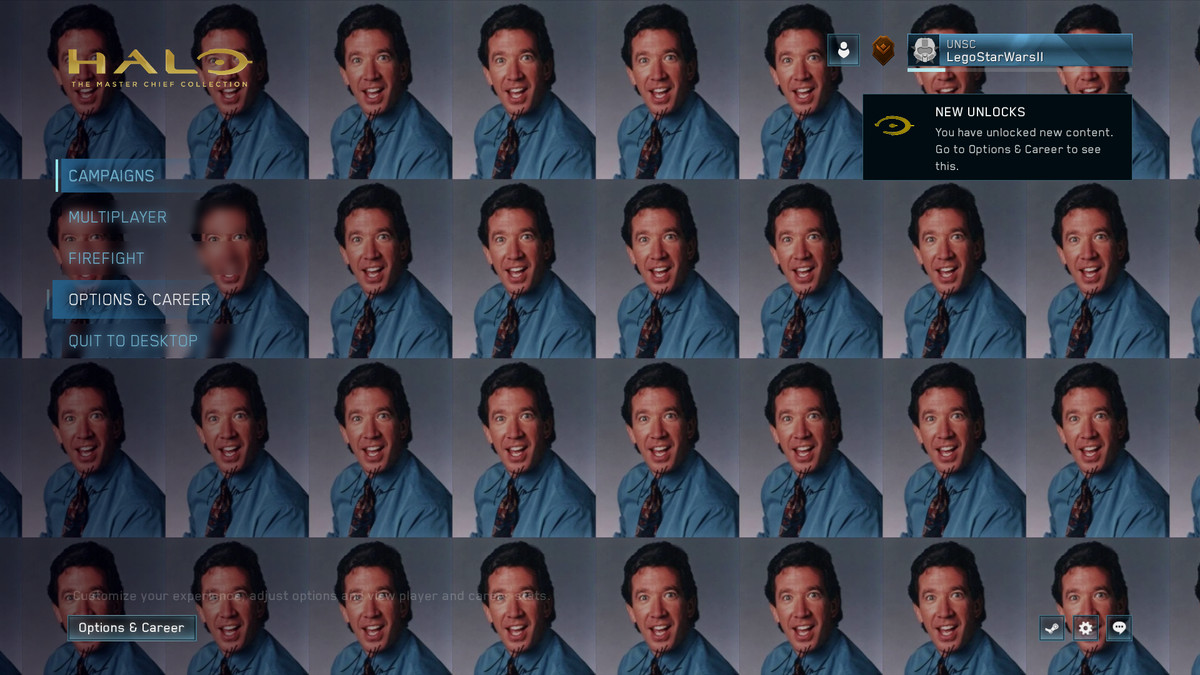 This mod is a direct affront to the Forerunners and should be destroyed. It would be one thing if this menu was just one big picture of Tim Allen. But no, this evil mod creator decided to make this using a small photo so that they could curse us with many tiny Tim Allens who are all staring at us simultaneously. This mod’s most subtle insult is that if you look closely you can see that the photo is actually signed by Tim Allen, which sort of makes it look like Tim Allen has signed your monitor several dozen times. Thanks for nothing, Tim. Please don’t download this mod.

While this first batch of Halo: The Master Chief Collection mods are pretty limited, they’re sure to get more complicated in the future. 343 Industries has already told fans that it will be supporting mods for the PC version of the game, and even releasing a set of modding tools to help modders make more complicated creations. Although, honestly, we’re not sure the modders should be trusted with more power if this is what they’re going to use it for.