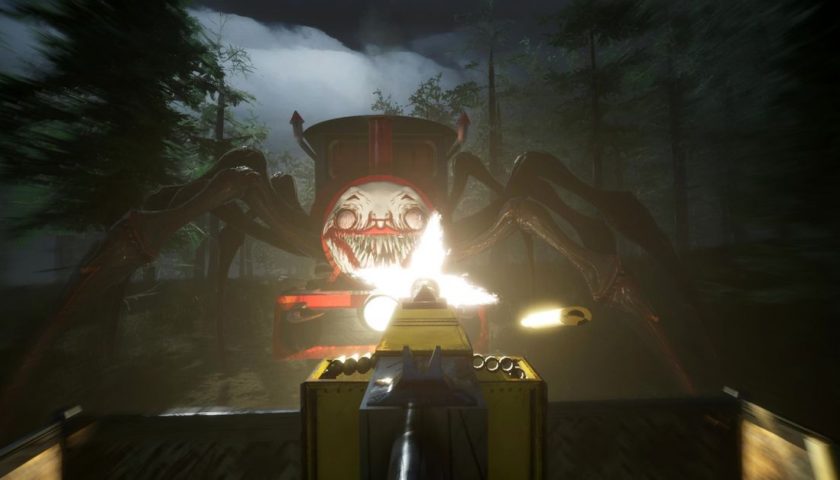 Survival horror train game Choo-Choo Charles looks like the unusual combination of Blair Witch and The Legend of Zelda: Spirit Tracks, with a Thomas the Tank Engine-fueled nightmare for extra spice. It’s the logical conclusion of nearly a decade of Thomas the Tank Engine video game mods, only the locomotive here isn’t a stand-in for a Skyrim dragon, but a bloodthirsty, spider-legged monstrosity named Charles.

Two Star Games’ announced Choo-Choo Charles on Friday, and a viral tweet from the developer quickly illustrated the appeal of this unique horror game. Turns out no one wants to be chased by a hungry-for-human-flesh spider-train-beast, but they do want to play a video game where you can upgrade a modest train with a mounted machine gun and kill that kind of creature.

According to Choo-Choo Charles’ official description, Charles is terrifying a local village and it’s up to you to destroy him. You’ll complete missions for local townsfolk, loot for scraps to upgrade your train’s armor, mobility, and damage, and ultimately take down Charles.

While Two Star Games’ newest release seems perfect for Spooky Month, Choo-Choo Charles won’t be out until the first quarter of 2022, according to its Steam listing. In the meantime, Two Star Games has three free horror games on Steam you can try: Cloud Climber, My Friend is a Raven, and Night in Riverager.