Before Halo: Reach was released on Steam as part of the Halo: The Master Chief Collection, it had been years since I touched the game. Despite it being one of my favorite Halo games to date, I always moved on when the next title came out — I played Halo: Reach for five years until Halo 5: Guardians was released in 2015.

Before I wrote about video games professionally, I used be the kind of person who regularly played only one game. Mostly, whatever version of Halo was the most recent, save Halo Wars. To say I’ve played a lot of Halo would be an understatement, yet it’s still surprising to me how easily my brain snapped back into Halo: Reach after all these years. Though I struggled a bit with learning the keyboard bindings — my mind was still thinking of a controller — entering Halo: Reach was like transporting back into a certain period of my life, preserved in pixels and beloved characters.

I inherently know where all the power weapons are in Halo: Reach’s multiplayer. I know what angle to toss a grenade to bounce it into the perfect spot. One thing I definitely erased from my memory? Not to let the AI characters drive.

Since Halo: Reach launched on PC in early December, I’ve spent most of my time playing multiplayer. But this week, I decided to crack into the Halo: Reach campaign. Things went swimmingly for the most part, until I reached the ONI: Sword Base level. Right after you grab the Target Locator and blow up the Wraiths, a Pelican swoops in and plops down a Warthog. Typically, I drive — I just like it. But something lazy deep within me took over last night; I pushed the soldier out of the turret position and forced him into the front seat. It’s his turn to drive.

And drive he did — right into Kat. Thankfully, it just took down her shields. Unpleasant, I’m sure, but she survived. He drove off before I could think much of it, leaving Kat running behind us and hurtling right into a fight. And he just didn’t stop. As the driver was trying to ascend a structure’s staircase with the Warthog, I remembered the rule: You never let Halo: Reach’s AI drive. (By the way, Kat eventually caught up and got to experience this moment, too. Yay!) 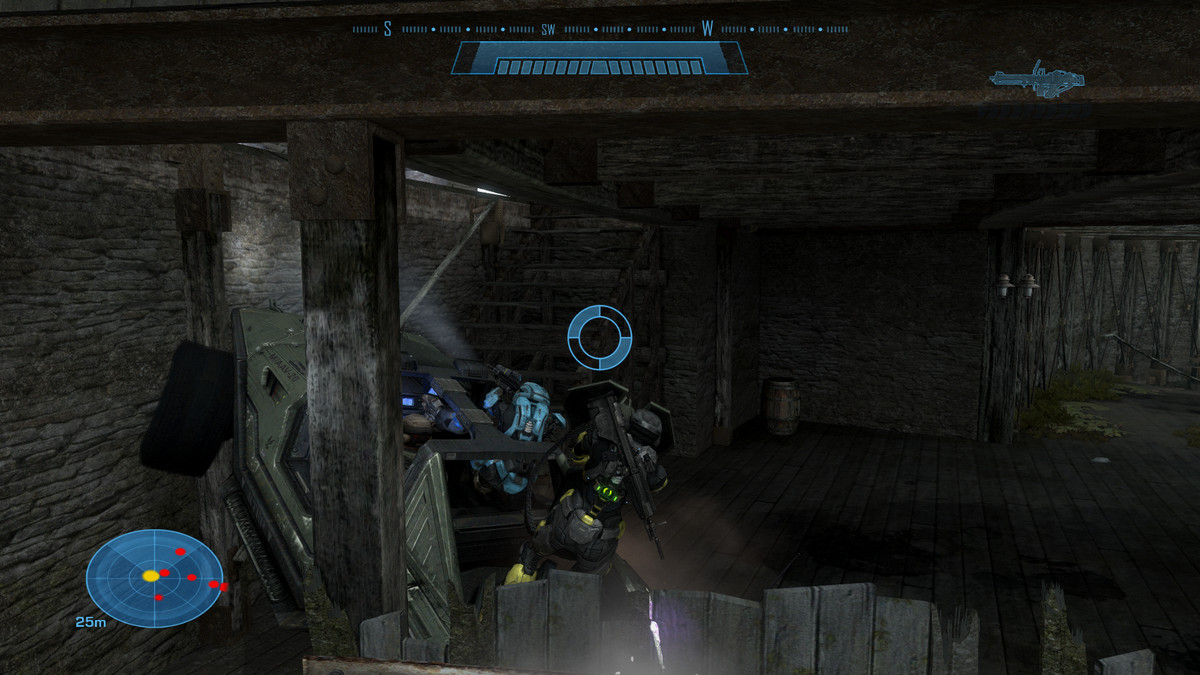 As you might have expected, this particular driving maneuver didn’t work. The struggle to mount the staircase continued until the three of us got swarmed by enemies, the Warthog flipped, and we were crushed under its weight. To quote Anchorman, “Actually, I’m not even mad. I’m impressed.”

AI drivers in Halo games have always been pretty bad, but the meme cycle seemed to really kick up with Halo: Reach. A lot of memes back when it was first released in 2010 are centered on Kat, many of which are tinged in the sexist stereotype that women can’t drive. The thing is, Kat was a bad driver — but she was no worse than any other AI character in Halo: Reach.

They’re all bad, and even in 2020, you still can’t trust any of them. Listen to me: Take your destiny into your own hands. Take the wheel, else risk an AI driver launching you off a cliff.