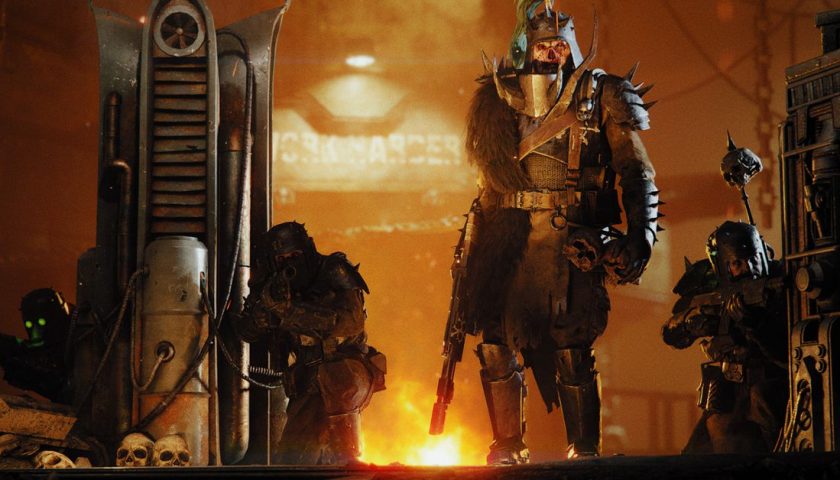 Author Dan Abnett has been announced as the writer of Warhammer 40,000: Darktide, a new cooperative first-person shooter from developer Fatshark. The announcement was made during the Warhammer Skulls streaming event hosted by franchise creator Games Workshop on Thursday.

Abnett is a deft hand at writing for the 40K universe with dozens of novels to his credit. His work on Horus Rising kicked off the Horus Heresy, perhaps the single longest-running series of novels in the entire Black Library. He’s also responsible for the creation of Gaunt’s Ghosts, a quirky team of commandos, and Inquisitor Gregor Eisenhorn, a character who may soon get a live-action television show.

Why Dan Abnett won’t let you play a Space Marine in Warhammer 40,000: Darktide

Warhammer 40,000: Darktide was formally announced last July. In it, players will control a unit of Imperial Guardsmen, long the disposable cannon fodder of the 40K universe. According to the game description on Steam, these heavily-armed infantrymen will be exploring hive city Tertium under the direction of a member of the Imperial Inquisition. The game clearly takes inspiration from Left 4 Dead, but it will also likely draw upon Fatshark’s expertise with melee weapons. It’s a style of combat that the studio has refined over the past few years with its work on the Warhammer: Vermintide series.

This isn’t Abnett’s first time writing for video games. He co-wrote the critically-acclaimed horror action game Alien: Isolation. The innovative title narrowly missed out on our game of the year awards in 2014.

Warhammer 40,000: Darktide doesn’t have a release date, but it’s expected to come to Steam in 2021. The game is also set to be released on the Xbox Series X, where it will be part of the Xbox Game Pass program at launch.

The Founding: A Gaunt’s Ghosts Omnibus

The first three novel’s in Dan Abnett’s Gaunt’s Ghosts series, this collection includes First and Only, Ghostmaker, and Necropolis.