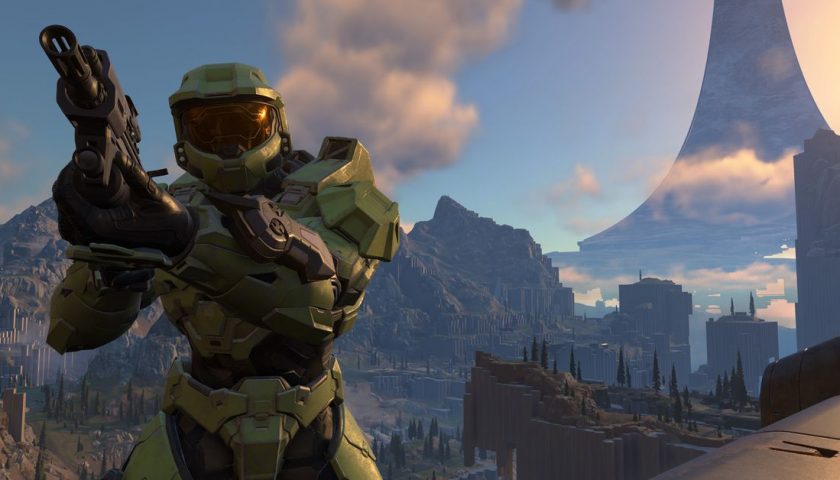 I’ve given up hope of getting the one thing I want from the Halo franchise. Microsoft has put together over a dozen Halo games and spin-offs, a small mountain of books, and a soon-to-be-released TV show, but it still hasn’t made a Halo game that would invite me to explore a grand, open, complete ringworld. You know: a Halo game about a halo.

This year, I finally got exactly what I’d wanted from the last place I expected to find it: a barely promoted expansion to an indie game.

Warning, reader! I’m about to spoil the first couple hours of Outer Wilds: Echoes of the Eye. If you care deeply about Polygon’s 2019 Game of the Year, I encourage you to keep this post open in a tab until you’ve had a chance to experience the introduction for yourself. But if you’re merely curious about Outer Wilds and its expansion, I promise this story will only whet your appetite and not spoil the meal.

Outer Wilds: Echoes of the Eye takes place on an alien ringworld hidden inside the Outer Wilds universe. I don’t mean “universe” in the “Marvel Cinematic Universe” sense. The original Outer Wilds drops players into an actual clockwork universe (not a “canonical” universe), in which each planet has its own ecosystem with unique gravity and biomes. The player has 22 minutes to explore until the sun at the center of the game world goes supernova, resetting the process. During each loop, you learn a little about the setting and how to navigate it, then apply those lessons to learn a little more and go a little deeper into space.

How to start Outer Wilds: Echoes of the Eye guide

The game’s ringworld, like the wider world in which it resides, contains a collection of unique settlements, built on marshes, inside caves, and deep within the river that runs the full length of the structure. Said river powers the world via a dam, and like the inevitable supernova of Outer Wilds proper, this dam will break in each cycle. Unlike the supernova, the destruction doesn’t instantly kill the player, but the flood unleashed by the burst dam will devastate the ring-shaped world, toppling spires, pulverizing homes, and revealing some new pathways in the process.

What I adore about this ringworld — what I’ve always wanted from Halo — is the completeness, the knowability, the interconnected machinery keeping the world from collapsing on itself. Science-fiction ringworlds are self-sustained, usually home to a closed-loop community in which everything — the homes, the farms, the mines, the factories — can be seen from any spot, the entire structure constantly arching overhead.

Even better, in Echoes of the Eye, I can take a raft down the river that runs the length of the ring, all the way back to where the trip began, with nothing missed. There’s something so comforting about this, how despite being limited to a ring, it’s the rare video game setting that feels real, like there are no fake boundaries preventing me from exploring the entirety of the physical space.

I know Halo isn’t about halos. It’s about a space marine, intergalactic war, and fun-fun-bang-bang multiplayer. I sincerely look forward to Halo Infinite and part of me holds out hope that it will be the Halo about a halo I’ve always wanted. But I’m also glad that indie creators came along to capture the promise of Halo: Combat Evolved’s iconic box art, which featured a world unlike anything I’d ever seen.