The Alienware Area-51m (See it at Dell) is a true desktop replacement laptop in every sense of the phrase. As we first saw at CES, the Area-51m is the first notebook with a socketed desktop CPU and a swappable GPU (though, the GPU will need to be a Nvidia 20-series and be purchased from Dell). Talk about a future-proof laptop. It’s well designed, exceedingly powerful, and kept up with anything I threw at it over the past two weeks. 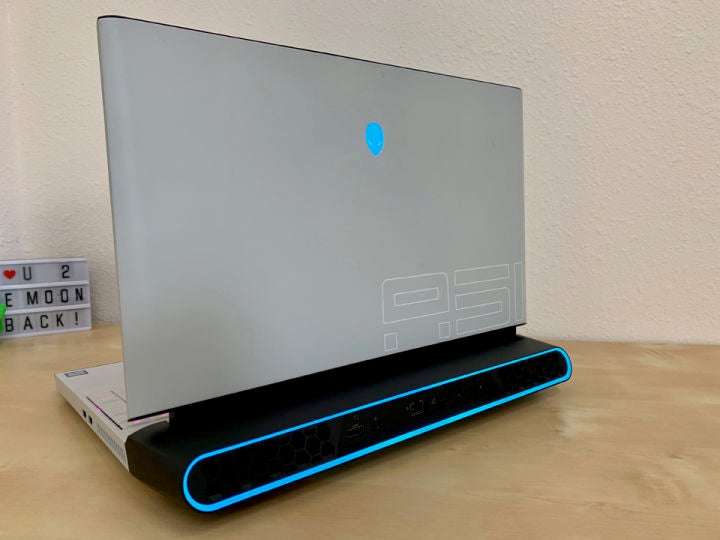 Of course, you’re going to pay a lot for a device as well equipped as this one. Currently, this configuration sets you back just under $4,500. Ouch. If you’re not willing to spend that much on a portable gaming workhorse, Area-51m configurations start at $1,949 for an Intel i7-8700 CPU with an RTX 2060, a 60Hz display, 8GB of memory and 1TB of storage. That’s a competitive price for those specs.

Oh, and that doesn’t include the additional weight of its two power supplies.

To match the desktop-like internals, the Area-51m is a sizable device. Measuring 16.1 x 15.85 x 1.7-inches and weighing 8.54 pounds, you’re going to need a big laptop bag and a strong back to haul this thing around. Oh, and that doesn’t include the additional weight of its two power supplies. You can get away with a single power supply if you plan on using the Area-51m for routine school or work tasks, with the system defaulting to the integrated GPU when a lone power supply is used. However, if you want to game, you’re going to need both power supplies.