All is not well in the world of pocket monsters. The official Pokémon Twitter account is getting inundated with angry fans. The latest gameplay footage for Pokémon Sword and Shield is getting massively downvoted on YouTube. The Pokémon subreddit is full of concerned threads, some vowing to not buy the upcoming game at all. For a little while, a hashtag was even trending on social media: #bringbacknationaldex.

The hashtag refers to an ongoing Pokémon feature where players are allowed to have a full Pokedex of monsters once they’ve beaten the main game. Whenever there’s a new set of games, they introduce new monsters, and the title will limit you to that repertoire to help you get to know the new cast. But this is only temporary. Eventually, you can import your full collection to the game in question.

Not so in Pokémon Sword and Shield. As we reported earlier this week, producer Junichi Masuda said that only Pokémon from the Galar region will be available in Sword and Shield. According to Masuda, the ever-growing list of Pokémon — which now includes over 800 creatures — coupled with the features of the Nintendo Switch, made importing all monsters into the new games a tough task. The aim was to represent the collection with “much higher fidelity with higher quality animations” than we’ve previously seen before, Masuda told USGamer. Some familiar faces will be back, as every new region includes older Pokémon. But the Galar region will only be home to Galar Pokémon.

Masuda’s comments instantly displeased Pokémon fans. Part of the issue is that Masuda’s explanation doesn’t quite make sense, at least on its face. He speaks of improved animations, but Pokémon games have always presented limited movement when on the battlefield. To wit, one of the viral Tweets floating around presents the dichotomy between what Masuda says, and what the games actually show:

The issue with this line of thinking is that we don’t actually know what animations Masuda is referring to. For all we know, the extended animations might be in reference to Pokémon Amie, which allows us to pet and pamper our favorite buddies. An increasingly convincing leak of Pokemon Sword and Shield states that the upcoming game will allow you to camp with your Pokémon, and while doing so, you’ll be able to play with them, and cook and feed them curry. As camping didn’t exist in previous games, it’s possible the bespoke animations Masuda is talking about aren’t in battles — that’s never been where Pokémon places its animation resources in the first place.

Another part of the narrative that is fueling this backlash comes from the hacking scene, which is well acquainted with how Pokémon games are built. As hackers tell it, the in-game models are being reused from previous games.

This, of course, is difficult to confirm — but it’s definitely influencing a lot of the angry rhetoric I’ve seen floating around. But again, even if it’s reused models, that doesn’t account for the time needed to make hundreds of new animations for new features. Beyond the potential camping mechanic, we’ve also got Dynamaxing, as well as whatever else hasn’t been shown off yet. People are working with limited information at the moment.

Perhaps this seems like an entitled response, but a lot of it has to do with Pokémon’s ongoing identity. At one point, the franchise tagline was “gotta catch ‘em all.” While this phrase still occasionally appears, overall, it’s been retired as the official tagline. Even so, players still approach Pokémon in that way. People love to hunt down complete collections, spending endless hours tracking down rare monsters. Others spend ages hunting shiny Pokémon. And when you’ve been able to transfer your collection from game to game for years now, it means that you start forming attachment to these digital creatures. Each monster has a history. People don’t want to lose that.

Part of the dissonance here is that Game Freak, the developers, encourage this type of approach to the games. Hardcore players pay for the privilege of putting their monsters in the cloud, to preserve them for future games. For some, it feels like a slap in the face to pay for something you won’t be able to use in the latest games. 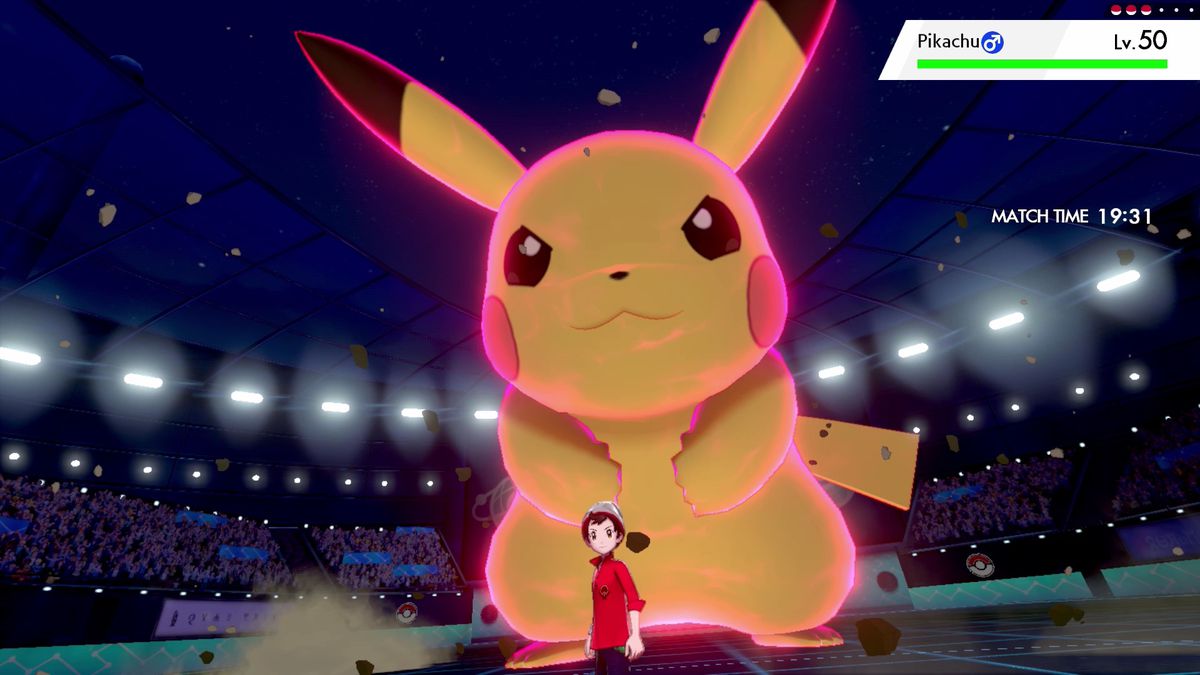 So, to some degree, the backlash makes sense: People have spent years playing Pokémon in a specific way, and it’s built up an expectation to be able to do exactly that forever. Criticism and disappointment was inevitable. But, in some ways, the backlash has gotten out of hand. Many miffed players are calling Game Freak “lazy” for not bringing the entire compendium of 800 monsters into Sword and Shield, which is a wild thing to say.

There is no such thing as a lazy game developer. Even disappointing or “bad” games are often a labor of love and crunch. I believe Masuda when he says that animating all 800-plus monsters is hard work. I mean, look at the battle animations that are being skewered right now: Yes, Scorbunny’s attack is just a stock animation. But Scorbunny still has a specific hopping idling animation that unfolds while this attack occurs. That animation must have taken time and effort, and it’s not a resource that can be reused for any other non-bunny monster.

The problem isn’t laziness. The problem, if you can call it that, is a difference in priorities. If Game Freak thought it was important to have the entire Pokédex available in the Galar region, it would do exactly that. Instead, the developer seems to be putting its focus on other portions of the game. We know that Sword and Shield will have raids, an open world, extended online capabilities, and a 3D camera, all in addition to improved graphics. So we know that Game Freak is putting in the effort to make a good game, that effort just isn’t going where fans want it to go. This gap makes it easy for people to put down Game Freak’s existing vision for the game.

Right now, fans are making a fuss in the hopes of grabbing Game Freak’s attention and convincing them to change course. It might not work — Masuda says there are currently no plans to change the compendium via future updates. But unless something changes, we’re probably going to see discourse about the missing National Dex up until the release of Sword and Shield.