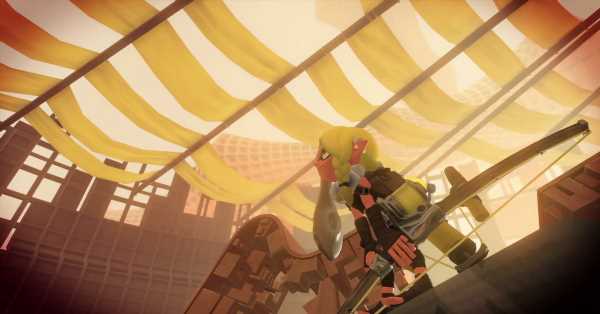 Nintendo showed Splatoon 3’s gameplay with a trailer during September’s Nintendo Direct on Thursday, which gives fans a deeper look into the game including more information about its world, the Splatland and a tease of new mechanics. Nintendo first announced Splatoon 3 at February’s Nintendo Direct.

We learned more about the Splatands, a land inhabited by the game’s iconic inklings. In these regions, the inklings still fight the traditional Turf Wars with two teams of four trying cover as much of the course with paint as possible. However there’s a twist: Our beloved cold-blooded critters will be encountering mammals of the first time with the theme “Return of the Mammalians.”

Before today’s presentation, Nintendo had teased a very small amount of the game. The first trailer showed a bit of the character creator as well as a brief look at the desert dystopia where the Splatoon games take place, called Splatlands. It also introduced players to what the game called a “little buddy.”

Nintendo has slowly built up Splatoon into one of its most colorful and playful franchises. The original Splatoon came out for the Wii U in 2015, and its 2017 sequel on Nintendo Switch, Splatoon 2 got new battle modes, beloved characters, and a full DLC expansion. Splatoon’s Inkling even crossed over with Super Smash Bros. Ultimate in 2018.

Splatoon 3, which is slated for a 2022 release, looks like it will continue to play with that original formula and take the franchise to new places.