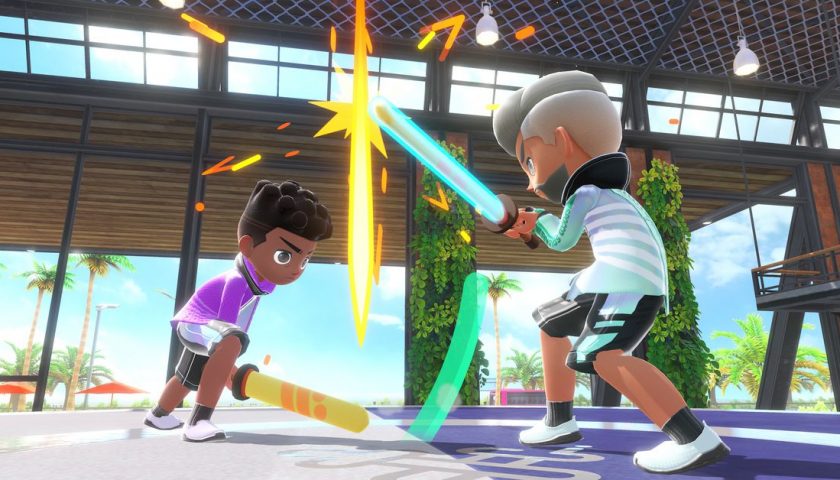 Nintendo’s Wii Sports was a masterpiece of gaming simplicity. The 2006 Wii game taught millions of players both new and experienced how to use Nintendo’s revolutionary and intuitive motion controller, giving a new generation its first gaming experience. Sixteen years later, the Wii Bowling tournament scene is still thriving.

Nintendo Switch Sports, a sequel due later this month, brings back the spirit of the original Wii Sports, but aims for a slightly different audience. The simplicity and familiarity of the original Wii Sports is still present in the Switch sequel, thanks to simple, motion-controlled games like bowling, tennis, and, in a future update, golf. But there are new layers of complexity and depth for Switch owners who want it, a best-of-both-worlds approach that will help distinguish Nintendo Switch Sports from its Wii Sports inspiration.

New additions like badminton and soccer can offer more heated one-on-one or team-based battles, and even bowling gets some upgrades: Players can enjoy a fast-paced pickup game or play on weird alleys with wild obstacles.

During a hands-on presentation with Nintendo Switch Sports in New York last week, I got to sample the breadth and depth of Nintendo’s new sports collection. Believing I’d already had my fill of baseball, boxing, and bowling as a Mii more than a decade ago, I was pleasantly surprised by how much fun the new collection of games is.

First, let’s discuss the presentation. Nintendo Switch Sports is a stylish update to the Wii Sports games, letting players create and customize more realistic avatars. Player characters, called Sportsmates, look more like the cool kids of Splatoon than the toylike Miis of the Wii and Nintendo 3DS era. (That said, Mii diehards can still opt to have a Mii-like look in Nintendo Switch Sports; it’s part of the game’s rich customization, but looks out of place amid the visual upgrades here.)

Now, the games. My first Nintendo Switch Sports experience was soccer. The game has four variations, but I only sampled two: a two-player goal shootout, which used a Joy-Con strapped to my kicking leg, and a two-player co-op match against computer-controlled opponents. Shootout, with the exception of whipping out and affixing the leg straps, is perhaps the most pick-up-and-play game here. Players take turns trying to kick a ball into a very large goal, and it’s all about timing. The arc and speed of the ball appears randomized, and I wound up kicking far to the left more than once. What makes shootout mode both interesting and balanced is when one player starts to dominate — if you have a streak going, the goal size shrinks, making precise timing even more critical.

In my session, I had my own leg strap, as did my Nintendo representative opponent, so we rotated single turns on the pitch. But for households that only have one strap on hand, one person can play a full set (of five kicks), pass the strap and Joy-Con, and let the other player enjoy their set. That was an example of how Nintendo Switch Sports’ added complexity brings additional considerations for how Switch owners will play the game.

Our second game of soccer was somewhat more traditional. It was a four-on-four match played with both left and right Joy-Cons in hand. My left Joy-Con controlled the movement of my player, using the analog stick to run freely in all di, while the right used motion control to kick upward, downward, left, or right. I could also perform a dramatic, stamina-draining diving header for a powerful strike. Like another soccer video game hit, Rocket League, Nintendo Switch Sports uses an oversized ball and smoothly rounded corners for its stadium edges, so the ball is always easily trackable and always in play. It’s soccer without any downtime, and it may offer the most replayability of any Nintendo Switch Sports activity.

Or maybe that will be bowling, which offers the same simple, inclusive pleasures of its Wii Sports counterpart (and might mistakenly make you think you’re a good bowler in real life). The version of bowling I played was traditional with one exception: All four players in the room rolled at the same time. Nintendo Switch Sports bowling is speedy; our four-player game took just over six minutes to bowl through, all-but eliminating the usual downtime of playing a full set. Bowling at home with my Switch is already a draw, but I’m further intrigued by the obstacle options I didn’t get to try, which include bumpers, lanes of varying height, and bottomless pits.

The three net sports — tennis, badminton, and volleyball — offered different levels of intensity. Tennis feels the most chill, but is still occasionally frantic, especially when playing doubles. Your player character runs to the ball automatically, so tennis is mostly a game of timing and angles. Badminton, on the other hand, feels far more strategic. Players can lob the shuttlecock and smash it, and the goal here is keeping your opponent on their heels, hoping to exhaust their stamina. Badminton seems to be the sport where Nintendo Switch Sports’ most hardcore devotees will spend their time. Finally, volleyball is a game of timing. Players must bump, set, and spike the ball — and block it, if on defense — with perfect timing. A visual indicator over your player character’s head helps you visualize the best moment to strike.

Finally, there’s chambara, a renamed version of the swordplay game included in Wii Sports Resort’s suite of activities. Guarding and striking at the right angle (vertically, horizontally, or diagonally) is key to success, but so are head games. Faking out your opponent in this split-screen game is strategically important, so fighting game enthusiasts will likely take a shine to chambara in Nintendo Switch Sports. Plus it has depth in its variations. Players can battle with one sword or two, and there’s an optional charge move that, while I didn’t get to try it, appears to add new strategies to both attacking and defending.

Golf is promised as a free update to Nintendo Switch Sports sometime this summer. It, like the rest of the games on offer, can be played locally or online, either against friends or in random matchmaking with other Switch owners. Nintendo is making that random matchmaking seem very important to the long-term enjoyment of the game, as that’s where players will unlock new cosmetic items. That includes outfits and accessories for your Sportsmate avatar, as well as new equipment. Apparently there’s a bowling ball that looks like a watermelon, which feels extremely important to have.

Nintendo Switch Sports will be released on April 29.